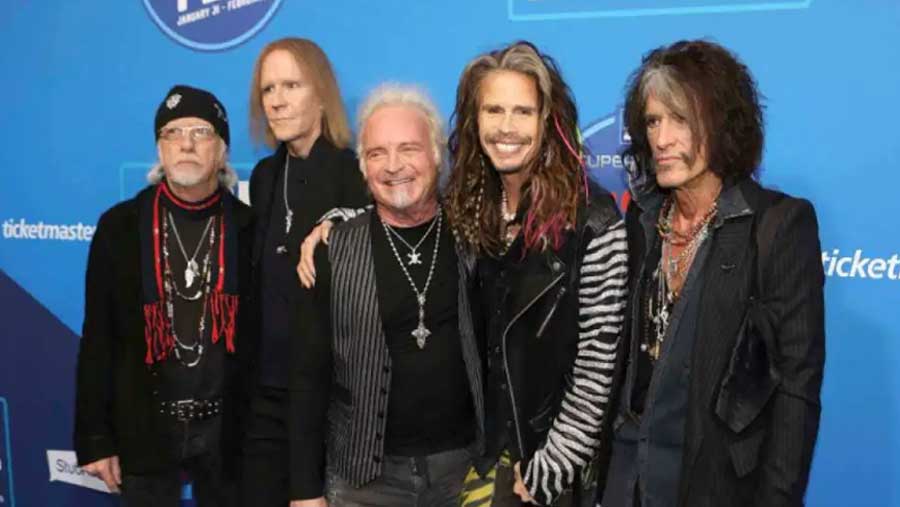 Aerosmith will be honored as the 2020 MusiCares Person of the Year at a special 30th anniversary MusiCares benefit gala set to take place Jan 24, two days before the Grammys.

An organization that helps music professionals who need financial, personal or medical assistance will honor Aerosmith as its 2020 person of the year.

MusiCares announced Friday it will recognize the four-time Grammy-winning band for its philanthropic efforts and for its impact on American music over five decades.

MusiCares and Recording Academy President and CEO Deborah Dugan says Aerosmith "has walked the walk when it comes to raising funds to impact music people in recovery."

The group has programs that include addiction recovery, senior housing, leadership activities and more.

The Recording Academy established it in 1989.

Aerosmith will be honored Jan 24, two nights before the 62nd Annual Grammy Awards in Los Angeles. MusiCares will be celebrating the 30th anniversary of its gala.

Last year's recipient was Dolly Parton. Fleetwood Mac was the first group to win the award in 2018.

Aerosmith is celebrating 50 years together, and is performing at a residency at the Park MGM in Las Vegas until next year.