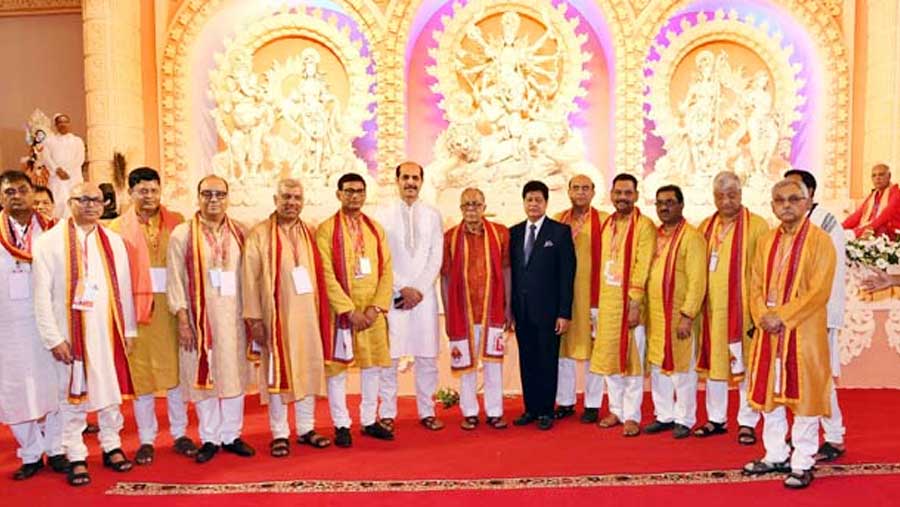 President Md. Abdul Hamid on Friday (Oct 4) urged the people to utilize the spirit of Durga Puja in personal and social life to take forward the heritage and culture with the country’s overall advancement.

“Utilize the spirit of Durga Puja to remove untrue, injustice and misdeeds from the society to build a happy prosperous and non-communal Bangladesh,” he said while exchanging views with the Hindu community at Banani Puja Mandap in Dhaka, local media reported.

Noting that Durga Puja is a universal festival, not only a religious one, the head of the state said this festival is attached to the traditional heritage and culture of Bengali nation since long.

Apart from a religious festival, Durga Puja, the greatest religious event of Hindu community, plays an important role in creating unity and mutual harmony among the countrymen, he added.

The country is celebrating the festival amid festivity by setting up 31,398 puja mandaps throughout the country, the President mentioned, adding that Bangladesh is an instance of communal harmony where people of all religions celebrate their festivals universally in a cordial atmosphere here since long.

The President also unveiled the cover of a publication “Bodhon” on the occasion.

At the venues of all Puja Madaps, the festival celebration committee presented him crests.