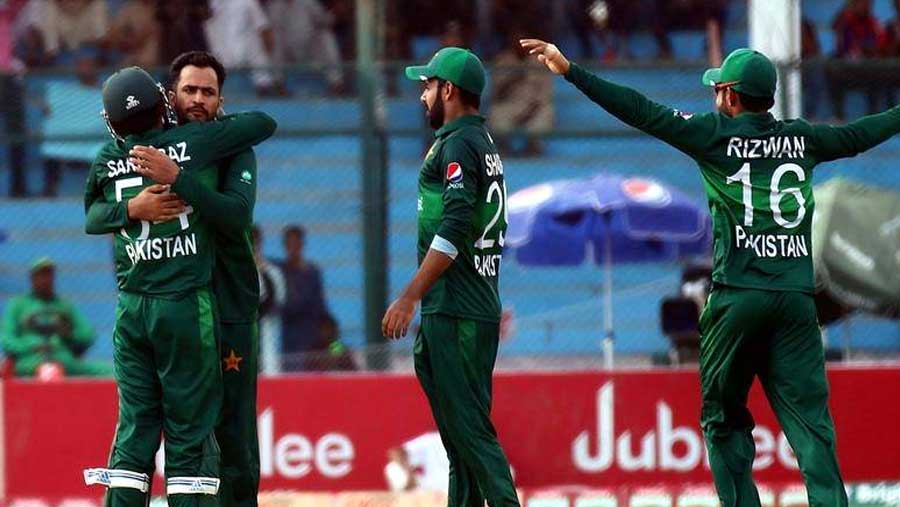 A century opening stand between Abid Ali and Fakhar Zaman guided Pakistan to a five-wicket victory over Sri Lanka in the third and final One-Day International in Karachi on Wednesday (Oc 2). The victory enabled the hosts clinch the series 2-0.

Pakistan clinched a 2-0 series victory over Sri Lanka with a hard-fought, five-wicket win in the third one-day international in Karachi.

Sri Lanka posted a testing score of 297-9 after winning the toss and electing to bat first, with opener Danushka Gunathilaka hitting a superb 133.

When Danushka was dismissed - bowled by Mohammad Amir (3-50) - in the 45th over, Sri Lanka were somewhat stuttering to a finish, losing regular wickets, but Dasun Shanaka gave the innings some late impetus, blasting 43 from 24 balls.

In reply, Fakhar Zaman (76) and Abid Ali (74) got Pakistan's chase off to a terrific start, sharing in a 123-run opening stand.

There was a mini wobble from the home side when Babar Azam (31) and Fakhar both departed in consecutive Nuwan Pradeep (2-53) overs, but Haris Sohail came in and struck an assured 56 to help steer the team to a series win.

Haris couldn't quite get the job done himself, falling in the 48th over with 11 runs still required, but there was to be no late twist as Iftikhar Ahmed (28no) hammered 10 off the first two balls of Pradeep's next to clinch victory.