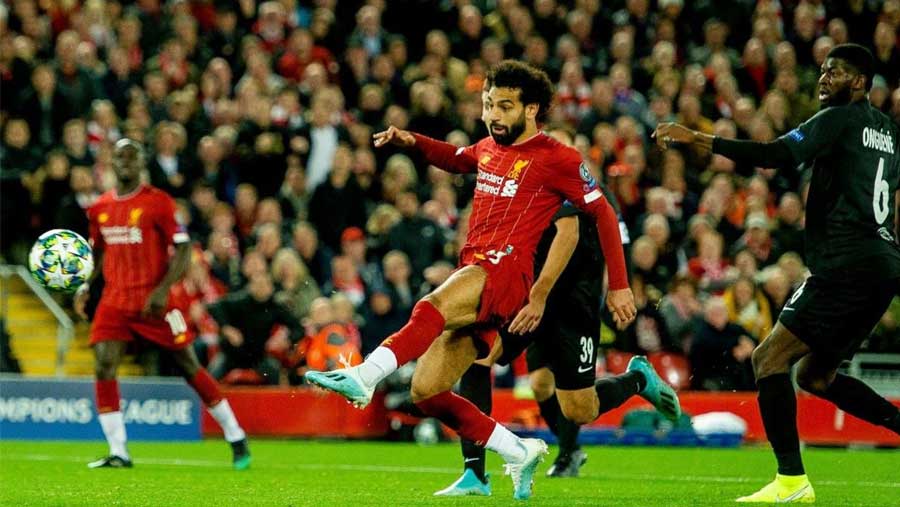 Liverpool held off a stunning fightback by Red Bull Salzburg to get their Champions League defence up and running with victory in an incredible game at Anfield. The visitors trailed 3-0 in the first half but battled back to 3-3 before Mohamed Salah grabbed the winner midway through the second half.

Liverpool lost their Group E opener to Napoli last month but got off to the ideal start in this game when former Salzburg player Sadio Mane struck inside 10 minutes, sweeping home at the near post.

Andrew Robertson turned in a cross from Trent Alexander-Arnold before Salah poked a third under keeper Cican Stanokovic.

It seemed as though the game was over as a contest 10 minutes before half-time.

But Salzburg, like Liverpool, have scored goals for fun this season - 40 in nine league games - and began their fightback when Hwang Hee-chan got the better of Virgil van Dijk before scoring with a powerful strike.

The visitors reduced the deficit further when Takumi Minamino volleyed in and the away fans erupted when substitute Erling Braut Haaland tapped in an equaliser - his 18th goal of the season.

Salah finally got Liverpool over the line when he latched on to Roberto Firmino's header and scored with a fierce strike.