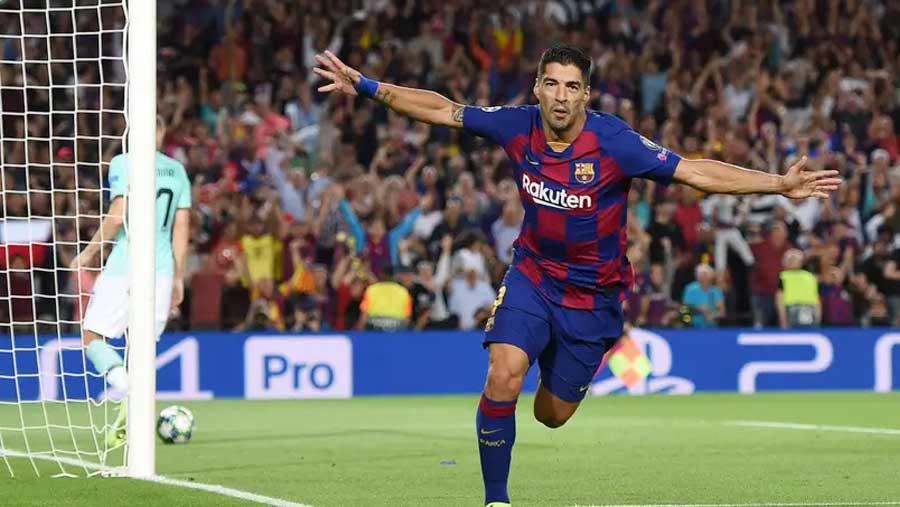 Luis Suarez scored a fine double as Barcelona came from behind to beat Inter Milan in the Champions League.

Lautaro Martinez gave Antonio Conte's Inter a deserved lead and went close to a second, with Marc-Andre ter Stegen expertly keeping out his header. Suarez levelled with a wonderful volley from Arturo Vidal's cross. Then Lionel Messi, on his return from an injury, found Suarez - whose first touch took him past defender Diego Godin - and he blasted in the winner.

Those were Suarez's first two Champions League group goals in over three years.

Barca, who are unbeaten in 33 Champions League home games, are level on four points with Borussia Dortmund, whom they drew 0-0 with in their opening game, at the top of the table.