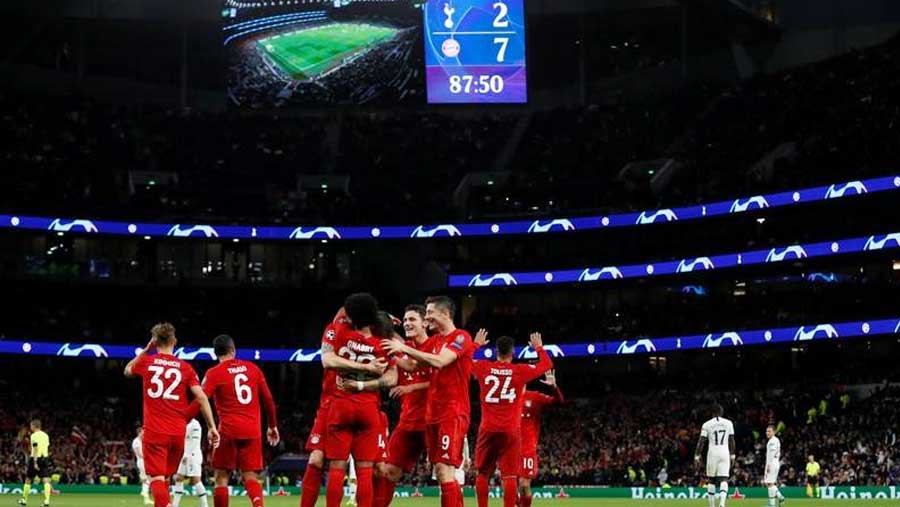 Tottenham Hotspur's troubles continued as they were humiliated in the most devastating fashion by Bayern Munich in the Champions League on one of the most embarrassing nights in their recent history as Serge Gnabry scored four goals.

Tottenham Hotspur’s season lurched from bad to disastrous as they were left utterly humiliated by Bayern Munich in the Champions League in their own back yard on Tuesday (Oct 1) evening.

It all started rather well for Spurs as Heung-Min Son handed them a deserved lead early on after twice being thwarted by Manuel Neuer in the opening ten minutes, but that moment and the 194 seconds that followed before Joshua Kimmich’s equaliser was as good as it got for the home side.

Robert Lewandowski put Bayern 2-1 up on the brink of half-time and from then it was one-way traffic. Serge Gnabry, a former Arsenal player no less, helped himself to four goals with Lewandowski doubling his own tally too. Not even a Harry Kane penalty could rouse the hosts.

As Gnabry’s hat-trick goal went in after 83 minutes, the stands of Tottenham’s glitzy, glamorous new home, created especially for big nights like this, began to empty. As supporters made their way to the concourse outside the ground, Bayern added two more goals to make it 7-2.

It was a truly dismal night for Mauricio Pochettino and his players.