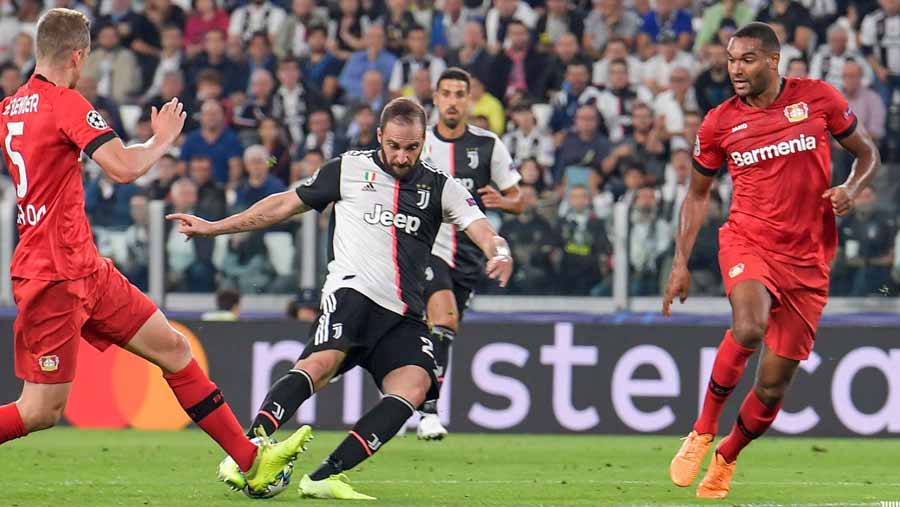 Juventus took control of the Champions League Group D destiny by brushing aside Bayer Leverkusen in Turin. On a night when Atletico Madrid won 2-0 away at Lokomotiv Moscow, Juve joined the Spanish side at the top of the table on four points.

Gonzalo Higuain pounced on Jonathan Tah's mistake to fire in the first, with Federico Bernardeschi sweeping in the second. Cristiano Ronaldo raced through to get the third late on.

For a long while, this was a low-key affair, especially in the period in the first half after Higuain's 17th-minute opener.

Tah failed to deal with a ball from the right, heading it into the path of Higuain, with the Argentine taking one touch before producing a clinical finish.

Leverkusen, who lost captain Lars Bender to injury in the warm-up, had plenty of the ball, but lacked the guile to unlock the characteristically solid Juve defence.

And, when the hosts were able to counter, the German side suffered bouts of panic at the back, not helped by the eccentricities of goalkeeper Lukas Hradecky.

Still, Hradecky played his part to keep his side in it when Juventus went through the gears in the second half, invigorating the home crowd as they did so.

Twice the Leverkusen keeper denied Ronaldo, first with a low save to a shot from 12 yards out, then by smothering a close-range effort when the Portuguese was left alone in the box.

In between, though, Hradecky was powerless to prevent Bernardeschi netting the second.

After good link-up play between Higuain and Ronaldo, CR7 failed to connect with a cut-back from the byeline, only for Bernardeschi to arrive behind him and effectively end the contest.

It looked as though Ronaldo would end the evening frustrated, only for the prolific frontman to find space between Leverkusen defenders, latching on to a through ball and finishing through the legs of Hradecky.