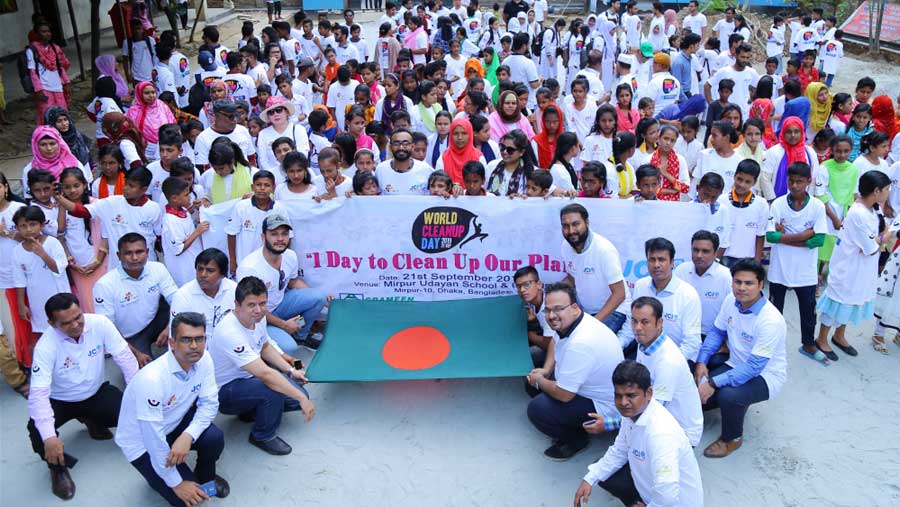 Climate change is not just a concern anymore, it’s a crisis. We have been ignoring the crisis for quite long, but as the world proceeds, we are moving more towards a global apocalypse. And some people just won’t give up on this world. And so they came out on Sep 21, to take a small step to make this world slightly cleaner. Over 20 million people of more than 180 countries came out on the road with a dream - “A Clean World”.

Globally organized by Let's Do It World (LDIW), World Cleanup Day is the biggest civic movement of 21st century, with a goal for cleaner world, a goal that crosses borders and defies religious and cultural differences. Bangladesh too was part of this movement on “World Cleanup Day”.

JCI Bangladesh in partnership with IDKIDS Foundation organized the “World Cleanup Day” in Mirpur-11 this year. The other partners were Grameen Shikhkha & Green Heroes. With participation of over 673 volunteers, they cleaned the entire Paris Road in Mirpur, cleaning about 564 Kgs of trash.

The national vice-president of JCI Bangladesh, Arman A Khan along with national directors Mehedi Hossain and Mahmud Un Nabi also took part in cleaning up the street.

Prior to the cleaning, a rally took place demanding for a clean and safe Bangladesh. The sponsors for the event was Techno Drug Ltd & Infozillion Teletech Ltd.