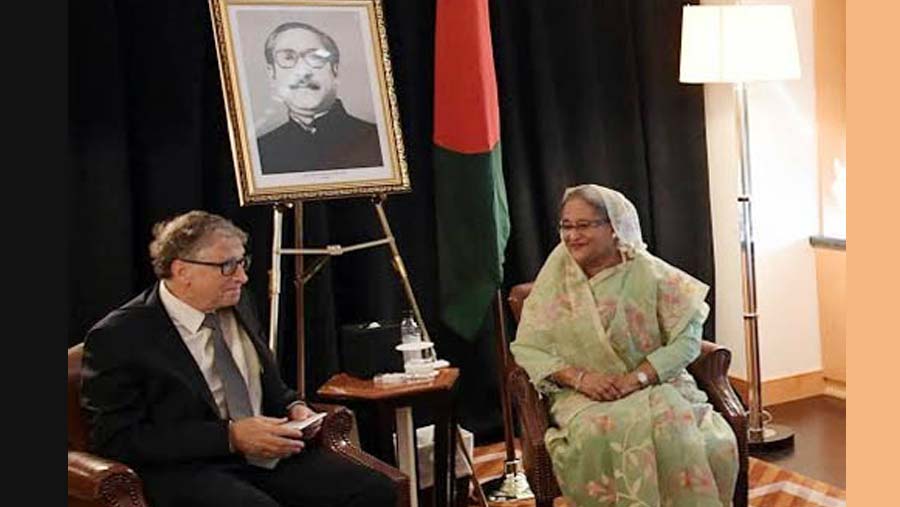 The PM apprised him of the successful immunization programme of her government.

Sheikh Hasina also informed Bill Gates that the forcibly displaced Rohingya people who took shelter in Cox’s Bazar have been brought under the programme. “Not a single Rohingya died of any type of epidemic in Rohingya camps,” she said.

Reciprocating to her gesture, Bill Gates said they are ready to help Bangladesh in its vaccination programme.

He informed the prime minister that they have innovated a new type of vaccine which will help protect the people from various diseases like typhoid and cholera.

During the meeting with ICC Prosecutor Fatou Bensouda, he said, the PM discussed the Rohingya issue, particularly the atrocities on the forcibly displaced Myanmar nationals, with Bensouda.