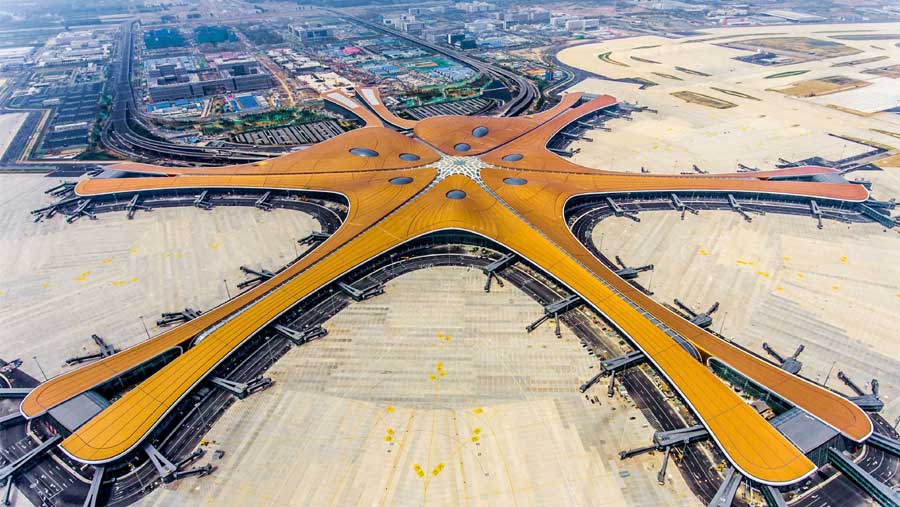 The Daxing International Airport in the capital Beijing was formally opened by President Xi Jinping on Wednesday (Sep 25).

A futuristic new airport in Beijing, which is expected to become one of the busiest in the world, was opened by President Xi Jinping on Wednesday (Sep 25).

Xi declared the starfish-shaped airport open in brief remarks at a ceremony inside the huge terminal.

Located 46 kilometres (29 miles) south of Tiananmen Square, the Beijing Daxing International Airport will operate at full capacity in 2040, with eight runways and the potential to receive 100 million passengers per year.

The single-terminal airport is seen as a fitting embodiment of the “Chinese dream” Xi has offered his fellow citizens.

At 700,000 square metres (173 acres) — about the size of 100 football pitches — the new structure will be one of the world’s largest airport terminals.

Underneath the terminal is a train station and metro line that will allow travellers to reach the city centre in 20 or so minutes.