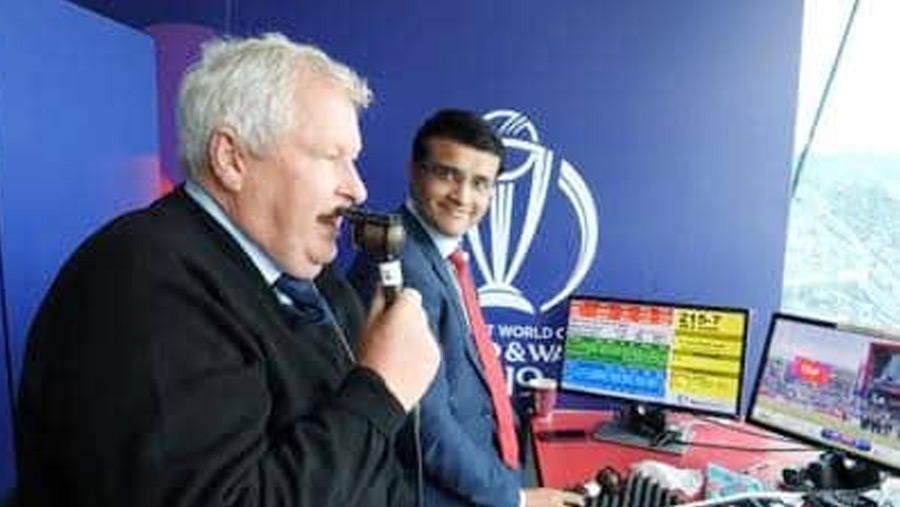 In cricket, commentators play a vital role in a match be it in Test, one-day, or Twenty20. Their voice quality, mode, pace, cricket insights, biasedness, sense of humor in their presentation has a great impact on listeners. It can generate enthusiasm, excitement, or disappointment, anger, frustration, boredom. It is not an art or a rocket science, but it lies within.

The cricket world have been blessed with many great commentators but a fat cute gentleman from the New Zealand stands above everyone. His performance in this year’s world cup set a benchmark for all the other commentators of the world.

Ian Smith’s riveting commentary in the closing stages of the first semi-final, India vs. New Zealand, caught everyone’s attention. He continued his magical performance in the final three days later where his country failed to win it by the barest of margins.

His quality to hit the right areas every single time, finding that elusive mix of impassioned composure and the most kiwi of kiwi accents “Clupping vowels sux or sivun times a suntunce” (New Zealand accent) made him the best of the bests. There were couple of times when the other commentators turns and genuinely looks in awe towards him after hearing the perfect lines for the perfect occasion.

Long live Mr. Ian David Stockley Smith. The fan all over the world loves you and most importantly cricket needs such an unbiased and passionate commentator like you. Waiting with patience to hear more from you.

A small tribute from one of your biggest fans.