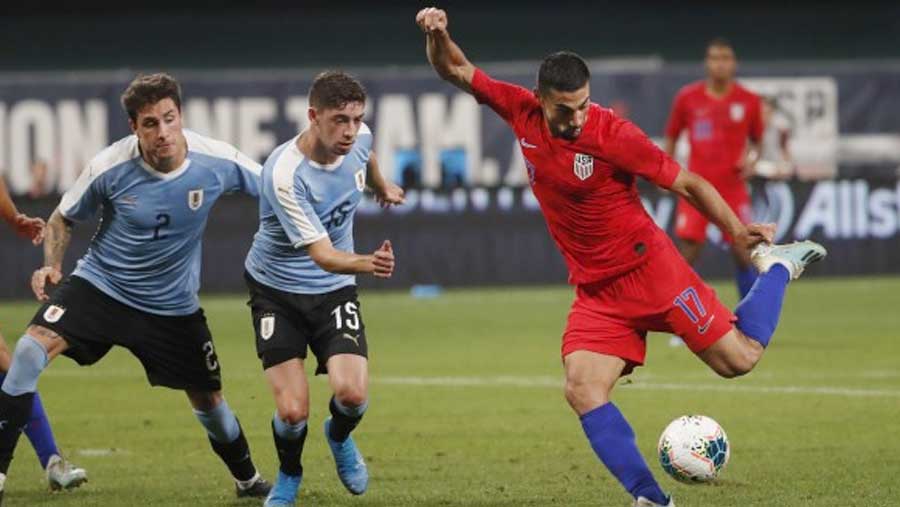 Jordan Morris scored his first international goal in more than two years in the 79th minute, giving the United States a 1-1 tie against Uruguay in an exhibition game on Tuesday (Sep 10).

Brian Rodriguez, a 19-year-old LAFC forward who made his international debut in Friday's 2-1 win at Costa Rica, put fifth-ranked Uruguay ahead off a counterattack in the 50th minute.

Rodriguez took a pass from Federico Valverde, dribbled around defender Aaron Long and beat goalkeeper Brad Guzan to the near post with left-footed shot for his first international goal.

Morris scored after Jose Gimenez's attempted clearance near the end line bounced of American defender Nick Lima and bounded in front of the open goal. Morris chested the ball in for his sixth international goal, his first since the 2017 CONCACAF Gold Cup final against Jamaica.

Morris tore his right anterior cruciate ligament in February 2018 while playing with Seattle and did not return to the national team until March 2019.

Morris' goal was the first for the 22nd-ranked U.S. since Christian Pulisic's 87th-minute strike in the CONCACAF Gold Cup semifinal win over Jamaica.