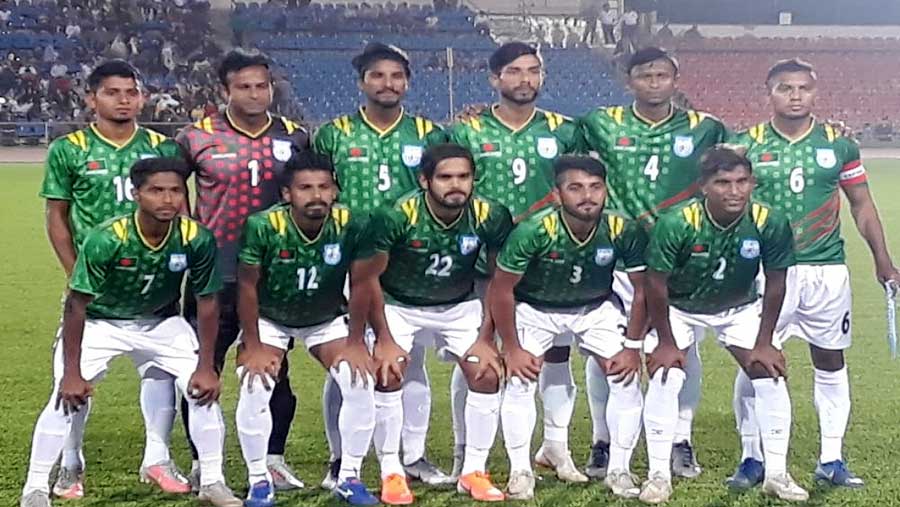 Bangladesh started their joint Qualification (Round-1) of the FIFA World Cup 2022 and AFC Asian Cup 2023 campaign with a 0-1 goal defeat to Afghanistan on Tuesday (Sep 10), reports said.

The match was played at the Central Republican Stadium in the Tajik capital Dushanbe.

Captain Farshad Noor scored the match-winner for Afghanistan in the 27th minute.

In their last five meeting against Afghanistan, Bangladesh won one match by 4-1 goals in 1979 and lost one by 0-4 goals in the South Asian Federation (SAFF) Games in 2015. The rest three ended in draw.

In the day’s match, Afghanistan started to put pressure on Bangladesh defence with their aggressive football from the beginning of the match.

The aggression paid off in the 27th minute when Noor buried the ball with a header off a free-kick by Omid Popalzay (1-0).

Bangladesh counter-attacked but failed to break Afghanistan’s defence in the first half. The 2nd half remained goalless.

Two Bangladeshi players got yellow cards (Bishwanath and Saad Uddin) while Afghanistan got one.

Another away match with Qatar is scheduled for Mar 31 while home matches with India will take place on Jun 4 and Oman on Jun 9.