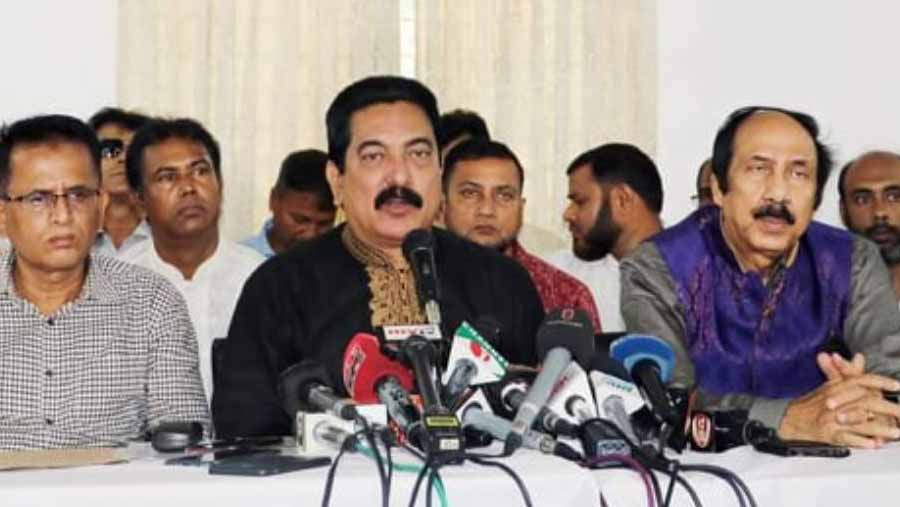 The two feuding groups of Jatiyo Party have finally reached a consensus to keep the party united accepting G M Quader as its Chairman and Raushon Ershad the Leader of the Opposition in Parliament.

Amid conflicts over the post of party chairman and leader of the opposition, the leaders loyal to both G M Quader and Raushon had a meeting at a Baridhara Club on Saturday night and took some decisions to avoid the inevitable split in the party.

Party Secretary General Moshiur Rahman Ranga came up with the decisions of the meeting at a press briefing at party chairman’s Gulshan office on Sunday (Sep 8), local media reported.

Party is now united as there’s now no division in it. We had a controversy over the post of our party chairman, and we resolved it yesterday (Saturday). GM Quader will perform the responsibility of Chairman as per the directive of our late founder chairman H M Ershad,” Ranga said.

Besides, Raushon Ershad will discharge the duties of Leader of the Opposition in Parliament, he said.