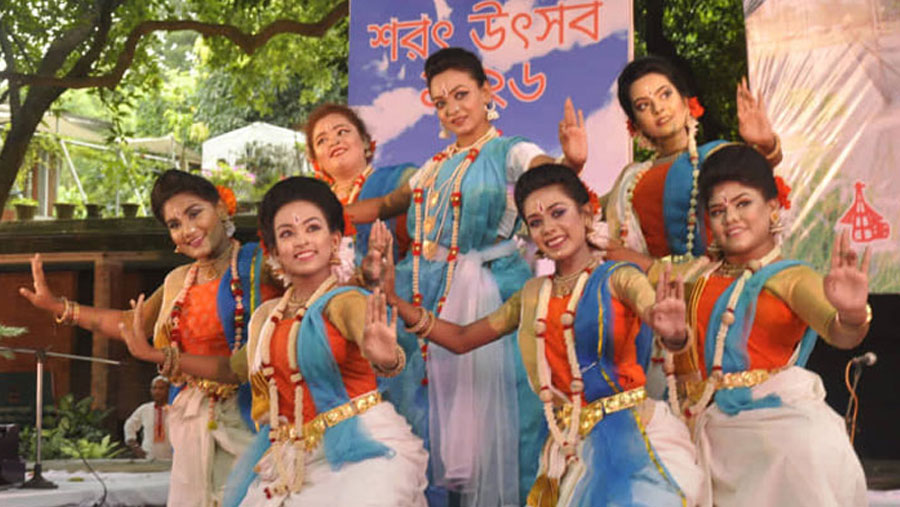 The advent of Autumn-1426 was celebrated by presenting songs and dances at Bokultola of the Faculty of Fine Arts of Dhaka University on Friday (Sep 6). Satyen Sen Shilpi Gosthi organised the day-long programme titled ‘Sharat Utsab’ which started with an Esraj playing by Ashit Biswas.

State Minister for cultural affairs K M Khalid was present at the event as the chief guest while Vice-Chancellor of Dhaka University Professor Mohammad Akhtaruzzaman and president of Shammilito Sangskritik Jote Ghulam Quddus were present as the special guests.

In the afternoon, artistes of Kendriyo Khelaghar Ashor, Bulbul Lalitakala Academy, Udayan and others entertained the audience performing songs and dances.

The artistes were accompanied by Dalim Barua on keyboard, Tulshi Saha and Gautam Majumder on tabla, Badsha on violin and Dipan on guitar.