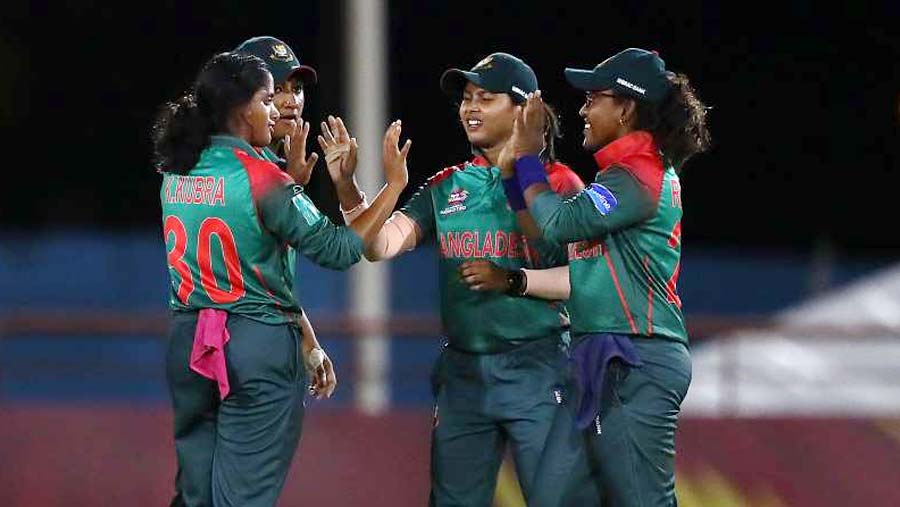 Opener Sanjida Islam struck a 60 ball-71 not out as Bangladesh Women’s team crushed Thailand by 70 runs to clinch the Women’s World Cup T20 Qualifier title at the Dundee on Saturday.

Bangladesh Women’s Cricket team were crowned champions with an all-win record beating Thailand by 70 runs in the final of the ICC Women’s T20 World Cup Qualifiers at the Forthill in Dundee, Scotland on Saturday (Sep 7).

Both finalists of the eight-team tournament, Bangladesh and Thailand, had earlier earned the right to play in the final round of the upcoming ten-team ICC Women’s T20 World Cup 2020 scheduled February-March in Australia.

Asian Champions Bangladesh played the ICC Women's T20 World Cup final thrice -- in 2014 in Bangladesh, 2016 in India and in 2018 in the West Indies while Thailand Women’s made their first ever final round berth as the runners-up of qualifying round.

Tigresses clinched their first ICC Women's World T20 Qualifier title beating Ireland by 25 runs in Netherlands on Jul 14 in 2018 while Bangladesh booked a seat for the World Cup final round as runners-up after conceding a two-wicket defeat against the Ireland in Thailand on Dec 5 in 2015.

Chasing a target of 131 runs, Thailand restricted at 60 runs for seven in stipulated 20 overs to concede their first defeat in the qualifying meet.

Spinners Nahida Akter and Shaila Sharmin bagged two wickets each conceding 17 and 9 runs respectively for Bangladesh while captain Salma Khatun and Khadija Tul Kubra picked up one wicket each.

Earlier, a brilliant half century by Sanjida Islam enabled Bangladesh Women’s Cricket team to score 130 for five in stipulated 20 overs.

Bangladesh opened the innings first after winning the toss and two openers Sanjida Islam and Murshida Khatun made a solid foundation for the Tigresses contributing 68 runs in 10.1 overs in the opening stand Murshida Khatun furnished her 33-run-innings hitting four fours before dismissed by Thai leg-spinner Suleeporn Laomi.

But Sanjida stayed till the end of the innings knocking a polished 71 runs off 60 balls smashing six fours and three sixes.

On the other hand, Thailand women emerged Group B champions to reach the semifinals in the eight-team match with all-win record securing full six points from straight three matches.