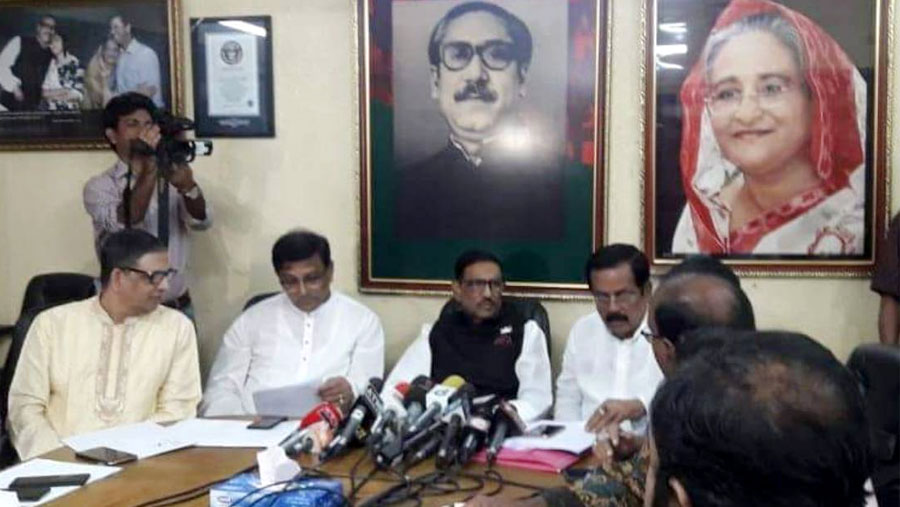 Quader, also the Road Transport and Bridges Minister, came up with the information at a press conference at Awami League President's Office on Saturday, local media reported.

The list of the showcaused leaders will include central to local-level leaders and no sympathy will be shown to anyone when it comes to maintaining organisational discipline, he said.

Responding to BNP’s recent criticisms, Quader said there might be some corruption over pillow or curtain but there has been no ‘Hawa Bhaban’ during the Awami League government like the tenure of BNP-Jamaat government.