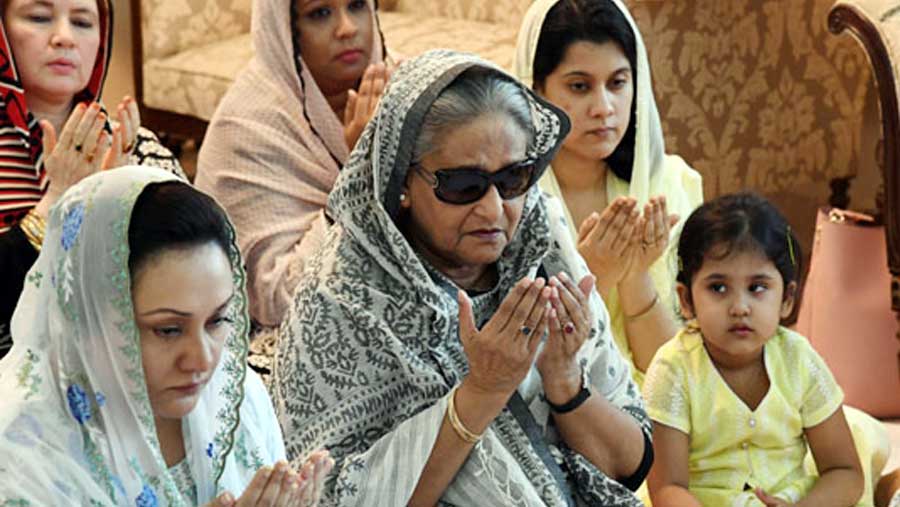 The Milad and Doa Mehfil was held at the Ivy Concord, the residence of Ivy Rahman, at Gulshan, Dhaka after Asr prayers on the occasion of her 15th martyrdom anniversary.

Relatives, friends and well-wishers of the deceased as well as ministers, parliament members, leaders of Awami League and its associate bodies, senior officials of the Prime Minister’s Office and directors and other officials of Bangladesh Cricket Board also joined the milad and doa mahfil.

A special Munajat was offered on the occasion, seeking eternal peace of the departed souls of Ivy Rahman, Zillur Rahman and other victims of the Aug 21 carnage.

Earlier, the prime minister talked to the family members of the deceased including Nazmul Hasan Papon, MP, son of late Ivy Rahman, and consoled them.

On this day in 2004, Ivy Rahman succumbed to splinter injuries she suffered in the Aug 21 grisly grenade attack on a peaceful Awami League rally on city’s Bangabandhu Avenue.