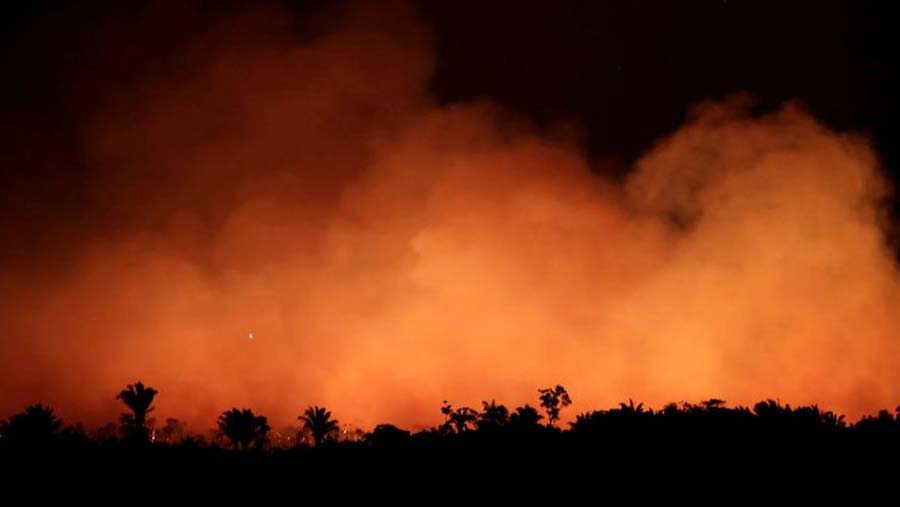 President Jair Bolsonaro on Friday (Aug 23) authorized the deployment of Brazil’s armed forces to help combat fires raging in the Amazon rainforest, as a growing global outcry over the blazes sparks protests and threatens a huge trade deal.

Brazil's president has ordered the armed forces to help fight a record number of forest fires in the Amazon. A decree issued by President Jair Bolsonaro authorises the deployment of soldiers in nature reserves, indigenous lands and border areas in the region. The announcement comes after intense pressure from European leaders.

Mr Bolsonaro has criticised the reaction of other nations, insisting wildfires "cannot be used as a pretext" for punitive sanctions.

It came after France and Ireland said they would not ratify a huge trade deal with South American nations unless Brazil does more to tackle blazes in the Amazon.

Many of the fires are thought to have been started deliberately, with suspicion falling on farmers who may benefit by having more available land.

Mr Bolsonaro has declared support for the clearing of areas of the Amazon for agriculture or mining and he has faced heavy criticism from experts and campaigners who say his administration has given a green light to rainforest destruction.

In a televised address to the nation on Friday, Mr Bolsonaro said forest fires "exist in the whole world" and "cannot serve as a pretext for possible international sanctions".

Environmental groups held protests in cities across Brazil on Friday to demand action to combat the fires, and protesters also gathered outside the Brazilian embassies around the world.

The largest rainforest in the world, the Amazon is a vital carbon store that slows down the pace of global warming. It is known as the "lungs of the world" and is home to about three million species of plants and animals, and one million indigenous people.