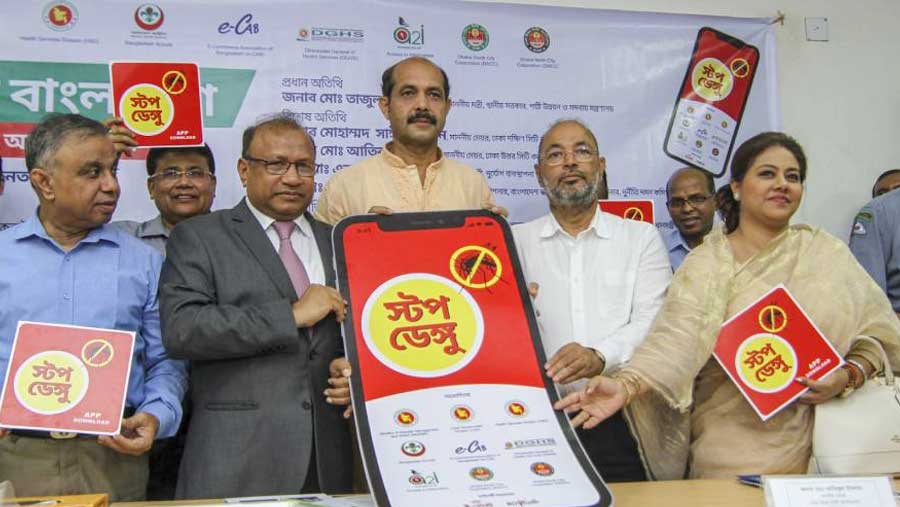 ‘‘We’ve to launch IVM to control the spread of the disease....I’m hopeful about submitting an IMV project within the next 7-8 days,” said Atiqul.

IVM is a decision-making process for the optimal use of resources for disease-bearing vector control.

“Our only political will right now is to free the country from the dengue menace,” said the DNCC mayor.

He went on saying, “We’ve to remain aware for 365 days to check dengue...we’ve to conduct cleanup dives for 365 days as well.”

The MoU is aimed at providing a framework for access to services, effective collaboration, timely communication and development of a digital app.

After the MoU signing, a mobile app built jointly by e-CAB, E-post and BD-Youth titled ‘Stop Dengue’ was launched to identify mosquito-breeding grounds anywhere in the country.

Mayor Atiqul said the Stop Dengue app will help the city corporations take comprehensive measures against mosquito breeding. He further said the city corporation will launch a combing operation across the DNCC dividing each wards into 10 sections with a view to finding aedes mosquito-breeding grounds by Monday.

“Appropriate measures will be taken should Aedes larva to be found,” he added.

Speaking on the occasion as the chief guest, LGRD Minister Md Tajul Islam said, “To tackle the dengue menace, initiatives have been taken involving the public and, I think, this is a praiseworthy move.”

He assured that the government is committed to working at its full capacity to fight the dengue outbreak.

State Minister for Disaster Management and Relief Dr Enamur Rahman said the dengue menace cannot be curbed if the authorities fail to take proper steps for waste management such as recycling and incineration.