Eid-ul-Azha being celebrated with festivity 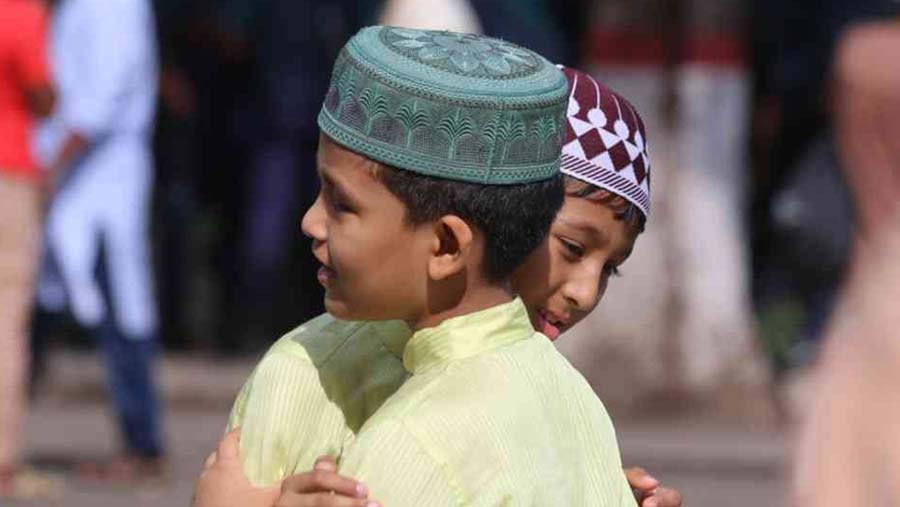 Muslims throughout the country are celebrating Eid-ul-Azha, their second-largest religious festival. In the morning, devotees thronged Eidgahs (large open spaces) to offer prayers. They sought divine blessings and prayed for peace and prosperity of the country.

Well-off Muslims then sacrificed animals in commemoration of Prophet Ibrahim's devotion to Allah as illustrated by his readiness to give up his beloved son Ismail.

In Dhaka, the biggest congregation was held at the National Eidgah where President Md. Abdul Hamid offered his prayers along with people from all walks of life.

Congregations were also held at the Baitul Mukarram National Mosque and various places in the capital.

Television channels and radio stations are airing special programmes on the occasions. Special diets will be served at hospitals, jails, government orphanages, centres for persons with disabilities, shelter homes and vagrant and destitute welfare centres.

President Hamid and Prime Minister Sheikh Hasina greeted the country's people as well as Muslims across the world on the occasion of Eid.

On the occasion of Eid-ul-Azha also called the “Festival of the Sacrifice”, the Muslims sacrifice animals in the name of Almighty Allah after saying Eid prayers. In commemoration of this intervention, an animal is sacrificed and divided into three parts. One share is given to the poor and needy, another is kept for home, and the third is given to relatives.

Meanwhile, millions of people left the capital and other major cities to celebrate Eid with their near and dear ones in the countryside.

Important public and private buildings are illuminated in the capital and other cities.

National flag and banner with the inscription of words ‘Eid Mubarak’ were hoisted at public and private buildings and different important points in the capital and other cities across the country.

On the day, improved diets will be served to inmates of government hospitals, prisons, orphanages, safe homes and shelter centers.

The government earlier declared three-day public holiday on the occasion.