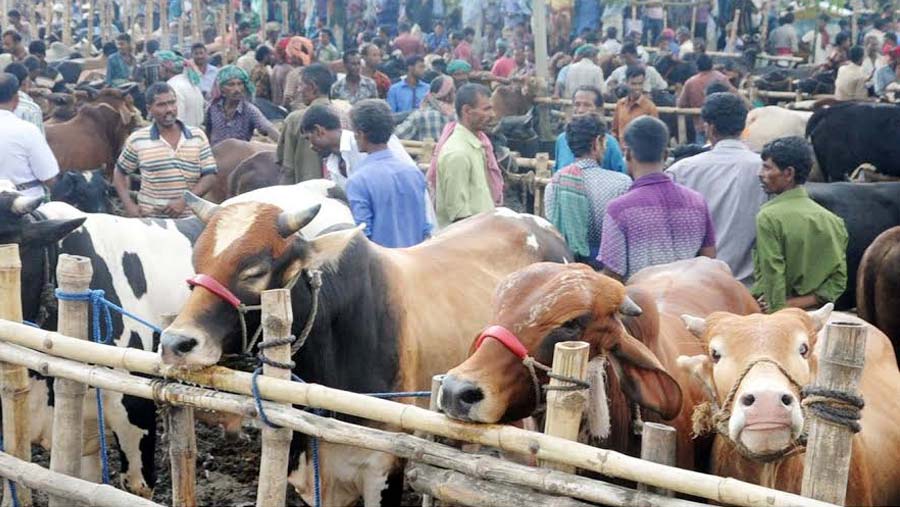 Dhaka south and north city corporations have taken all-out preparations for waste management so the city dwellers can celebrate the holy Eid-ul-Azha in a befitting manner.

Dhaka North City Corporation (DNCC) will engage as many as 4935 cleaners including permanent, temporary and own workers for disposal of waste of sacrificial animals, said an official handout in Dhaka today.

Besides, 4500 workers of Primary Waste Collection Service Provider (PWCSP) will work for collecting waste through van service from residences in DNCC areas.

Dhaka South City Corporation (DSCC) will have a total of 4252 cleaners apart from its own 5241 workers for disposal of wastes of sacrificial animals.

They have taken all-out preparations to remove waste of sacrificial animals immediately after the slaughtering on the day of Eid-ul-Azha and clean the cattle markets.

Executive magistrates will be deployed to stop trading of raw hide of cattle here and there.

Ten cattle markets have been set up in DNCC areas and 14 others in DSCC areas this year.

Some 673 places have been designated for slaughtering sacrificial animals in DNCC while 602 spots designated in DSCC.

City dwellers are requested to not slaughter sacrificial animals on road or beside drains.