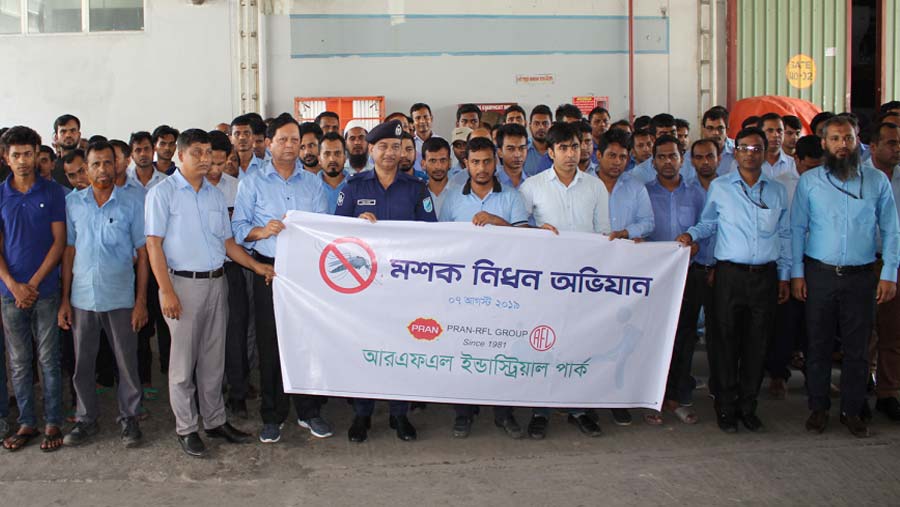 PRAN-RFL Group has conducted a cleanliness campaign in its factories and adjacent areas to prevent the dengue outbreak and create awareness among the staff and workers about dengue fever. The campaign was run on Wednesday at PRAN Industrial Park and PRAN Factory Ghorashal in Narsingdi and RFL Industrial Park in Gazipur.

Under the campaign, pesticide was sprayed in different parts of the areas using fogging machines, organized a rally to make people alert and create awareness among them on preventing dengue. Factories general manager, doctor, local administration was engaged at the activities.

General Manager (EHS) of PRAN Group Kazi Wahidur Rahman said, “We always conduct cleanliness drive round the year. But due to concern of the people about outbreak of dengue fever, we have facilitated the drive.”

He also said, “Our drive was not only confined in factory. As a part of social responsibility we also engaged local people in our campaign to create awareness about dengue outbreak.”