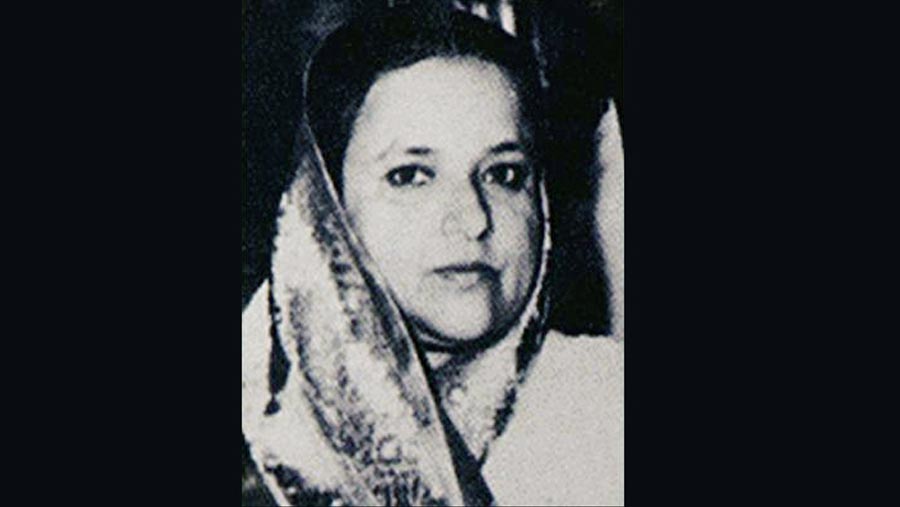 The nation will observe the 89th birth anniversary of Bangamata Sheikh Fazilatunnesa Mujib, wife of Father of the Nation Bangabandhu Sheikh Mujibur Rahman, in a befitting manner Thursday (Aug 8).

Fazilatunnesa, who played a pivotal role in nation-building activities and the struggle for independent Bangladesh staying beside Bangabandhu, was born at Tungipara village of Gopalganj district on this day in 1930.

Bangamata, a pride of the Bangalee nation, was assassinated brutally with Bangabandhu and most of her family members by a disgruntled group of army officers on Aug 15, 1975.

The birth anniversary of Bangamata will be observed nationally this year too. Women and Children Affairs Ministry has drawn up elaborate programme to observe the day nationally.

Bangladesh Awami League, various political, social, cultural and student organizations, including associated bodies of Awami League, will observe the day in a befitting manner through elaborate programmes across the country.

Awami League leaders and workers will pay homage to Bangamata by placing wreaths at her grave at the Banani graveyard in the morning. Qurankhwani, milad and doa-mahfil will be arranged seeking peace of her departed soul. A cross section of people will also place wreaths at her grave.

Awami League general secretary and road transport and bridges minister Obaidul Quader has urged leaders and workers of the party and associate bodies to observe the birth anniversary of Bangamata Sheikh Fazilatunnesa Mujib with due respect and solemnity.