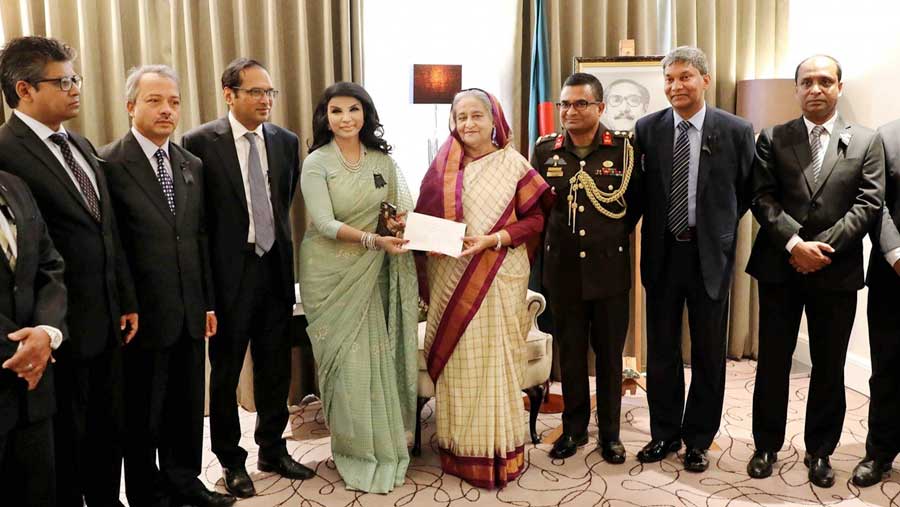 “The officials, led by High Commissioner Saida Muna Tasneem, handed over a cheque for the amount to Prime Minister Sheikh Hasina at her place of residence in the British capital this afternoon (local time),” PM’s Press Secretary Ihsanul Karim told media over phone from London.

He said the High Commission Ladies’ Group also donated 1,000 pounds to the PM’s Relief and Welfare Fund for the flood-hit people.

Receiving the cheques for the donation, Sheikh Hasina thanked them for coming forward to the help of the flood victims in Bangladesh.

The PM is now in London on an official visit to the United Kingdom.