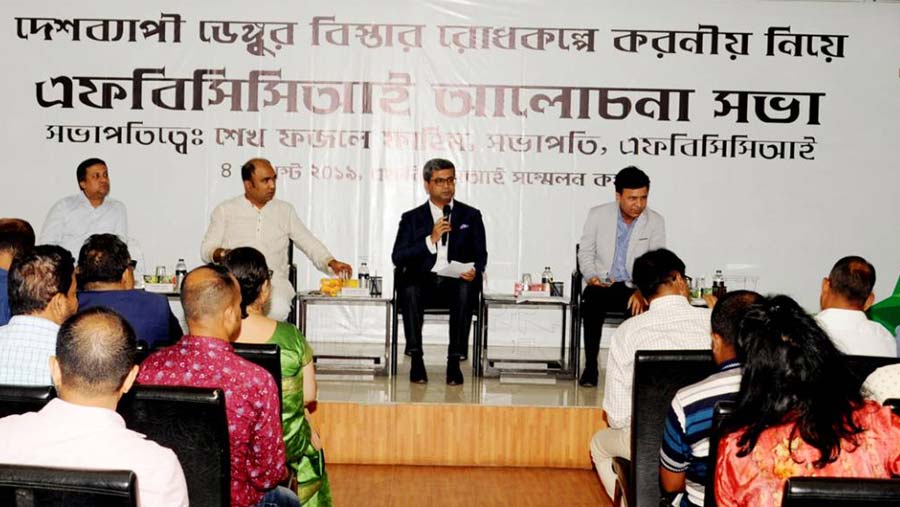 Federation of Bangladesh Chambers of Commerce and Industries (FBCCI) on Sunday (Aug 4) launched a blood bank programme to serve dengue-affected patients as the mosquito-borne disease which has now spread across the country.

FBCCI president Sheikh Fazle Fahim told media at a discussion meeting on countrywide dengue outbreak and its prevention at his Motijheel office in the capital, reports said.

“The blood will be collected as per dengue patients’ demand. The situation turned alarming in the country after flood. We have to work now to create awareness among people about the disease,” he also said.

Fahim laid emphasis on importing the kit in large numbers so that dengue patients do not suffer due to late detection of the disease.

“FBCCI has taken this dengue awareness programme as part of its CSR activities,” he added.

Fahim mentioned that they will drive the cleanliness programme at the household, work place and, also in the construction areas with the assistance of REHAB. This program will continue for the next season.

According to a statement of the organisation, Fahim started the activities of the Blood Bank in the afternoon donating blood himself.