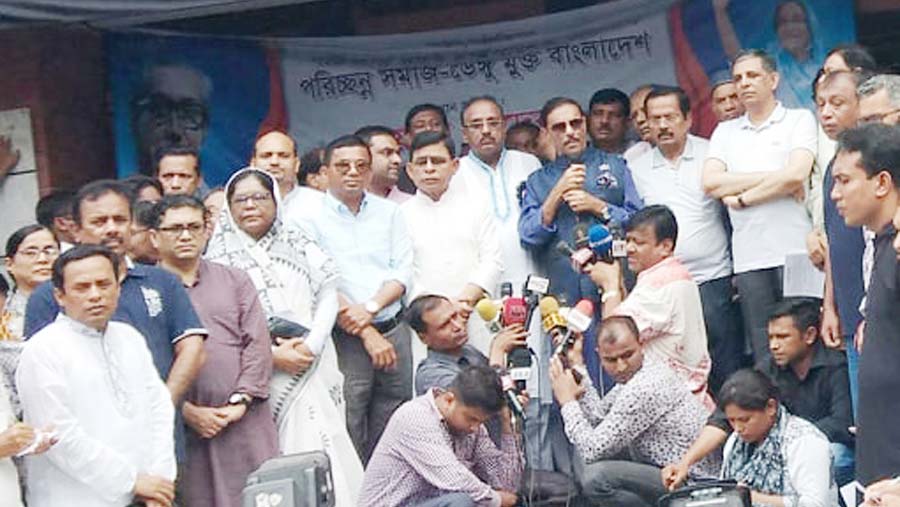 Bangladesh Awami League General Secretary and Road Transport and Bridges Minister Obaidul Quader on Friday (Aug 2) called upon all to work together to control the dengue outbreak.

Inaugurating a procession in front of the Bangladesh Awami League’s central office at Bangabandhu Avenue in Dhaka marking cleanliness campaign to control dengue outbreak, Quader said the government has taken the dengue outbreak as a challenge.

“The dengue situation is not out of control. We have strength to control the situation. It is possible to control it through united efforts of all,” he said.

The Awami League general secretary said there is no way to deny that dengue has spread all over the country.

He said the health ministry, the local government ministry and the city corporations are working in a coordinated way as per the directive of Prime Minister Sheikh Hasina to destroy the breeding grounds of aedes mosquitoes and control the dengue outbreak.

Along with the government, Quader said, Awami League also has taken action programmes to engage people in tackling the dengue situation.

He said concerned divisions of the government are examining the medicine used in killing mosquitoes. Works are going on to use effective medicine to this end, he added.

The minister said there is no dearth in medicare facilities as people are receiving treatment round the clock at hospitals.