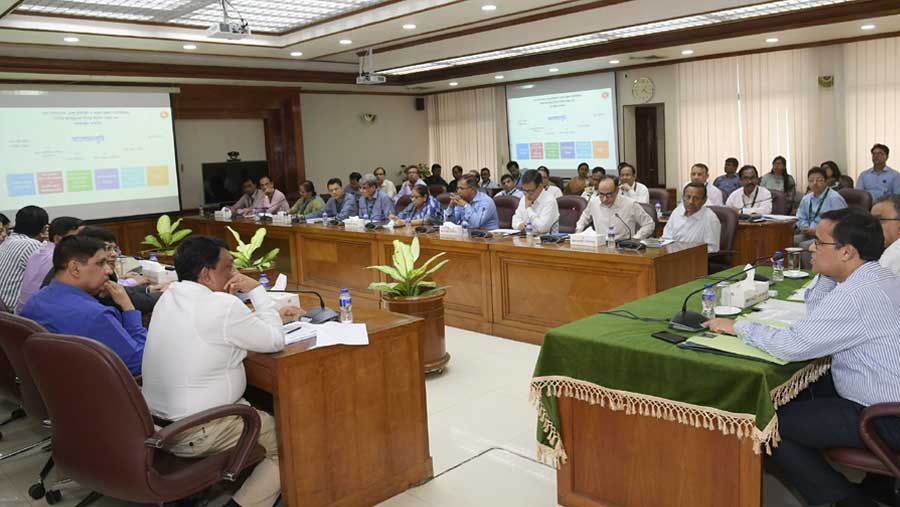 Md. Nazrul Islam said the directives were issued in line with instructions of Prime Minister Sheikh Hasina, now on an official visit to the United Kingdom, from where she was monitoring the current flood situation as well.

Nazrul Islam said the premier simultaneously instructed the officials concerned to minimise sufferings of the deluge victims alongside damages feared to be caused by the flood.

He said representatives from the concerned ministries and city corporations also came up with various opinions and spelled out their strategies to check rumours, dengue and face the flood.

“The PMO asked the authorities concerned of the two Dhaka city corporations to strengthen their anti-mosquito drives to check dengue,” the spokesman said.

It also instructed the health authorities to form a special medical team in each city hospital to ensure smooth and proper treatment for the dengue patients. Decision was also taken to observe a dengue “awareness week” from Thursday.

The PMO asked all government officials to clean their respective offices and to prevent dengue alongside motivating people to keep their residences and neighbourhoods clean by removing stagnant clean water from different pots, particularly flower tubes, air conditioner machines and refrigerators.