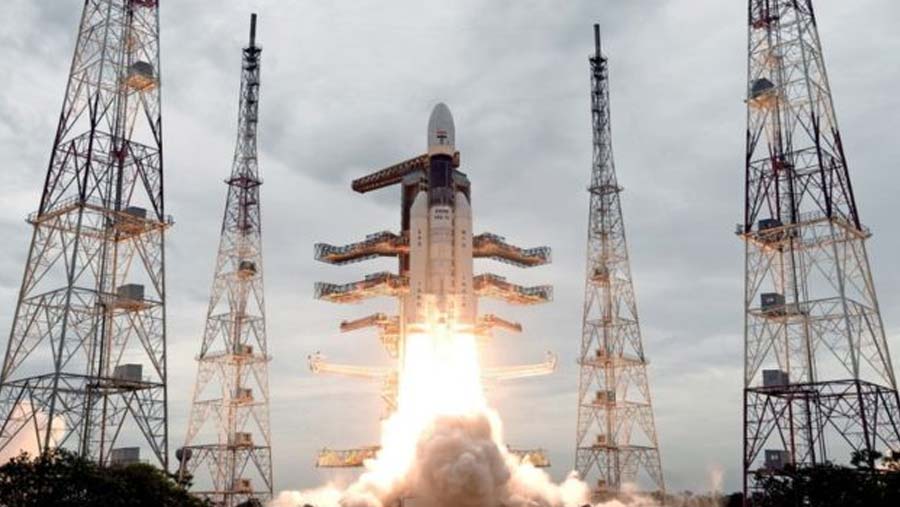 India has successfully launched a mission to soft land a rover on the moon, in a landmark moment for a nation trying to become a space superpower. The country's latest lunar mission, Chandrayaan-2, which means "moon vehicle" in Sanskrit, took off from the Satish Dhawan Space Center at Sriharikota in Andhra Pradesh state at 2:43 p.m., Monday local time (5:13 a.m. ET). The launch was originally scheduled for Jul 15, but was abruptly called off just 56 minutes before liftoff due to a "technical snag." India is now on the way to becoming the fourth country -- in addition to United States, China and the former Soviet Union -- to make a soft landing on the lunar surface.

India has successfully launched its second lunar mission a week after it halted the scheduled blast-off due to a technical snag. Chandrayaan-2 was launched at 14:43 local time (09:13 GMT) from the Sriharikota space station.

India's space chief said his agency had "bounced back with flying colours" after the aborted first attempt.

India hopes the mission will be the first to land on the Moon's south pole.

The spacecraft has entered the Earth's orbit, where it will stay for 23 days before it begins a series of manoeuvres that will take it into lunar orbit.

If successful, India will become the fourth country to make a soft landing on the Moon's surface. Only the former Soviet Union, the U.S. and China have been able to do so.

The lift-off was broadcast live on TV and the space agency's official social media accounts.

There was applause in the Indian Space Research Organisation (ISRO) control room minutes after the launch, as the rocket took off towards the outer atmosphere.

For the first time in India's space history, an interplanetary expedition is being led by two women - Muthaya Vanitha, the project director, and Ritu Karidhal, the mission director.

It is the most complex mission ever attempted by India's space agency.

"It is the beginning of a historical journey of India towards the moon," said ISRO chief K Sivan in a speech after the launch.

He thanked and congratulated the nearly 1,000 scientists, engineers and other staff who had worked on the mission: "It is my duty to salute all the people who have done the work."