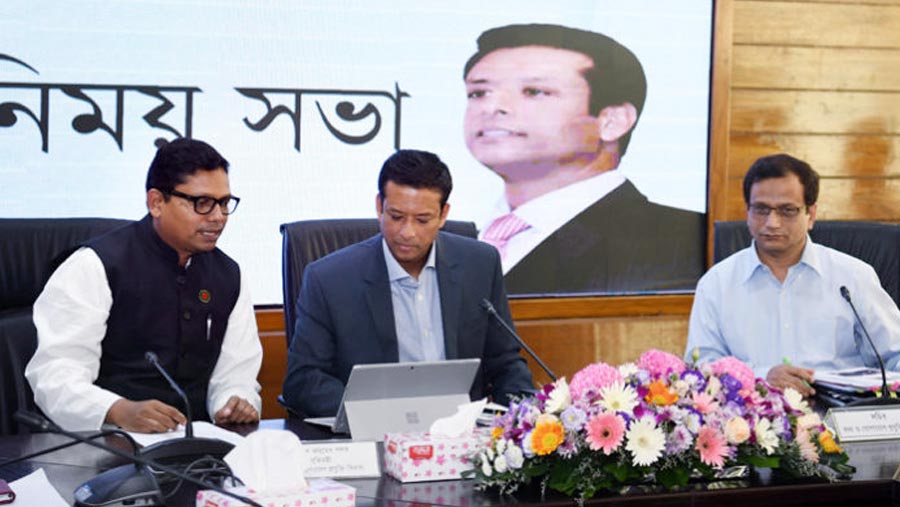 Speaking on the occasion, Joy said it was his dream that people would be able to get about 90 percent of public services using their mobile phones, which would help them cut time and expenditure in availing services.

Like the government offices, now many private organisations are getting digitalised and when these organisations want to provide services to people, they need to verify the NIDs of subscribers to ensure authenticity of service seekers.

Today, the gateway server was launched to help verify NID cards in an easier and faster way, the ICT affair adviser said, expressing his gratitude to the ICT Division and the Election Commission for launching such a server.

Palak said transaction of money and delivering services to the people needed to be made easier. “After the gateway server was launched today, it would be easier now,” he added.

The state minister said the government, under the leadership of Prime Minister Sheikh Hasina, is trying its best to reach the government services at the doorsteps of common people.

In the past, service providers took 3-5 days to verify NID in providing different services. Now they will get NID verification results at once by connecting the gateway server.

The gateway will help verify NIDs to open bank account, digital wallet account or other services. It will prevent forgery of NIDs, make services safer and maintain security and privacy.

Senior officials of the ICT Division were present at the launching ceremony.