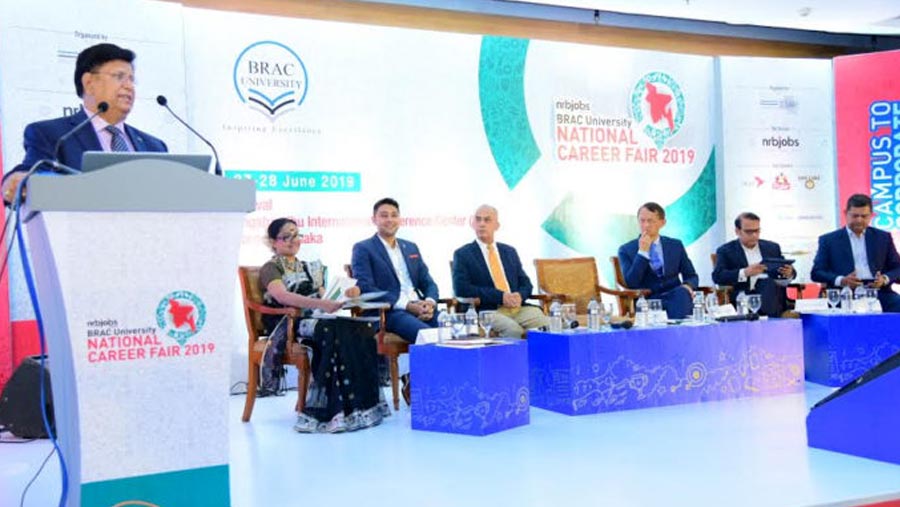 A two-day national career fair began today in the capital with the participation of more than 100 renowned public and private organizations including multi-national companies, corporate entities, development and government organizations to make a bridge between employers and job seekers.

The Foreign Minister said the government has taken an initiative to create 1.5 crore jobs in next five years, 30 lakhs for every year, to ensure employment of the country’s every eligible youth.

“It’s a huge challenge … but the government is trying hard to create the jobs,” he said adding that the under construction 100 economic zones across the country will create huge opportunities for job seekers.

The foreign minister said the government is providing skill training to the youths for getting job as well as allocating fund to make young entrepreneurs.

Dr Momen, who had a long career as academician, urged all the country’s education institutes to ensure quality education for creating skilled graduates so that they can get jobs easily in home and abroad.