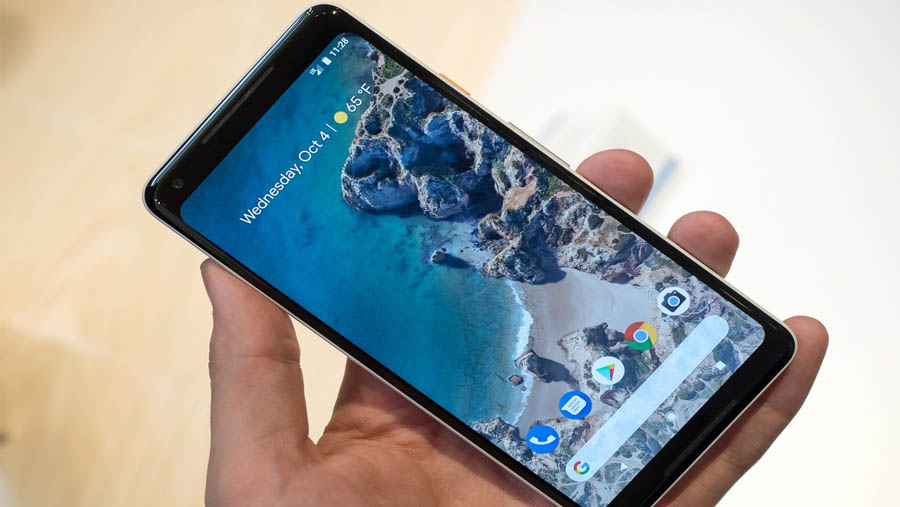 The Google Pixel 2 has seemed liked the neglected child since launch. It didn’t get the fancy 18:9 display as its bigger brother and is pretty much absent from most of Google’s offline marketing materials, which puts the Pixel 2 XL front and centre. We get it, after all, the Pixel 2 XL is the prettier looking of the two and commands a higher premium, so we guess it makes sense for Google to give it maximum visibility. However, Google’s more expensive offering has been having its fair share of issues ever since it launched, which has cast a sort of bad aura around it. That’s not to say the Pixel 2 is immune to these issues, but at least most of them seem to be fixable through software.

At the end of the Pixel 2 XL review, we said that the Pixel 2 might just be the better choice of the two. It still costs a good premium at Rs. 61,000, which puts it head on with the Apple iPhone 8, but more than its Android counterparts like the Samsung Galaxy S8. With the Pixel 2, you get pretty much the same specifications as the XL, but a smaller display and battery. However, with potentially lesser issues to deal with, let’s see if it’s still worth the premium.
The single SIM tray is on the left while the Type-C port is placed at the bottom. There’s no 3.5mm headphone socket here either. The power and volume buttons are placed on the right and are within easy reach of your thumb, however, the tactile feedback of the volume button is poor. There’s barely any play so it requires a bit more effort to use. The 5-inch display uses an AMOLED panel, with a full-HD resolution and a 16:9 aspect ratio. The panel is rated to support 95 percent of the DCI-P3 colour gamut (compared to 100 percent on the Pixel 2 XL) but despite that, colours look a bit better right out-of-the-box compared to its big brother. Google’s new patch also introduces a new Saturated colour mode, which boosts the colours to Samsung’s Super AMOLED levels. You’ll be happy to know that the Pixel 2 doesn’t have the blue tint issue that’s prevalent on the Pixel 2 XL, which was one our biggest annoyances with the bigger phone.
The on-screen navigation buttons also auto-dim now, which was done to prevent the image retention issue on the Pixel 2 XL. Users have also been reporting a ‘black crush’ display issue, where the display is unable to decipher the darker shades of black. We didn’t face this on our unit although we noticed a bit of banding in the deeper black levels, which is visible when viewing a gradient chart. The fingerprint sensor works well and is easy to reach. In the box, the Pixel 2 ships with a Type-C to Type-C cable, power adapter, Quick Switch adapter, USB Type-C to 3.5mm adapter, SIM eject tool, and instruction leaflets.