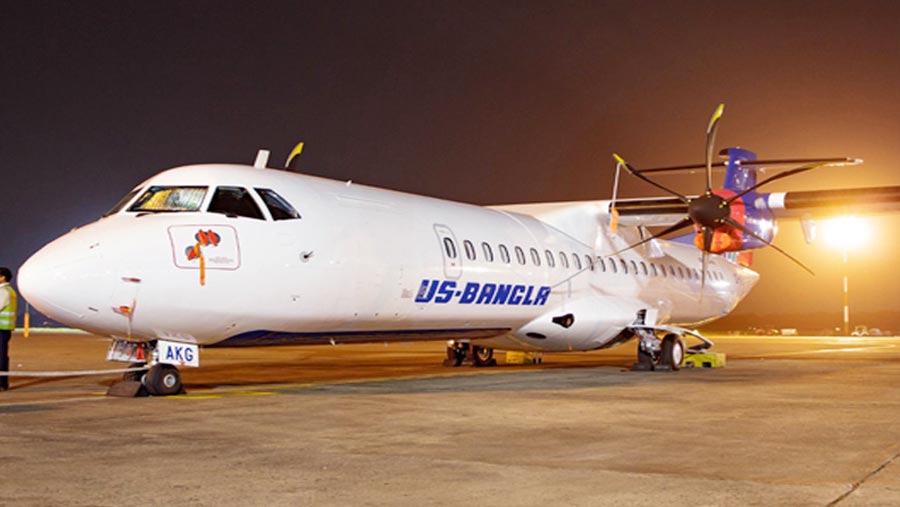 The US-Bangla Airlines, one of the leading private carriers of the country, has included two brand new and next generation ATR 72-600 aircrafts to operate flights in domestic route.

The US-Bangla Airlines has included brand new aircraft to its fleet as the first ever country’s private carrier to operate domestic routes.

The airlines procured two brand new next generation ATR 72-600 aircrafts recently and scheduled to get two more same modelled turboprop next month to operate flights in domestic routes, said a press release in Dhaka on Monday (May 27).

The carrier will operate 29 additional flights to Jashore, 21 to Saidpur, seven to Rajshahi, three to Barishal and three to Chattogram from May 30 to Jun 5 ahead of the Eid.

Apart from the additional flights, the airlines will continue its regular flights – four to Chattogram, three to Sylhet, two to Cox’s Bazar, two to Jashore, two to Saidpur, one to Rajshahi and weekly three to Barishal.