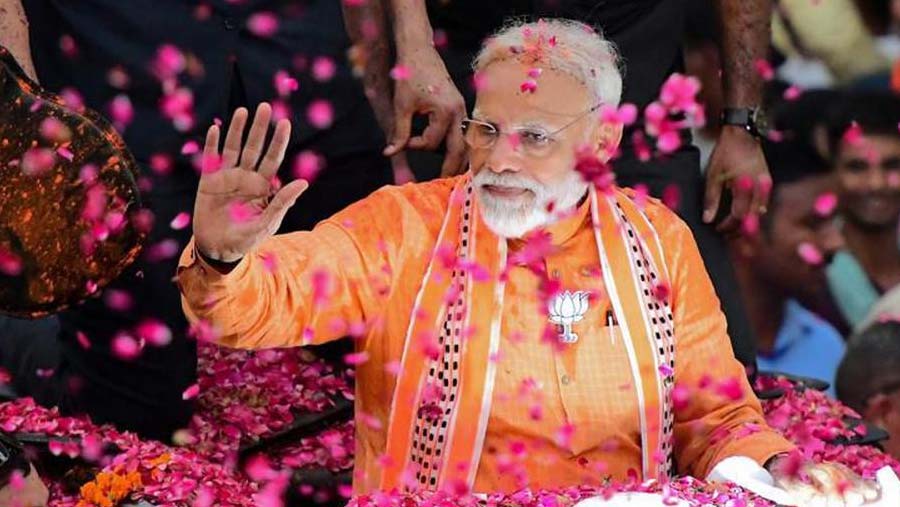 Indian Prime Minister Narendra Modi will be administered oath of office for his second term along with his new council of ministers on Thursday (May 30), the President's Office said on Sunday (May 26). President Ram Nath Kovind will administer the oath of office and secrecy to the Prime Minister and other members of the federal Council of Ministers at a ceremony in Rashtrapati Bhavan on Thursday, Indian media reported.

Modi is the first BJP leader who has been elected for the second time after completion of his five-year tenure, a feat so far achieved only by two Congress leaders Jawaharlal Nehru and Indira Gandhi.

Atal Bihari Vajpayee of the BJP was also elected as Prime Minister for two consecutive terms but his first stint had lasted only for one year and seven months.

Names of the ministers who would join Modi in his second innings are yet to be officially disclosed, though there has been speculation that some new members expected to join the council, including from states like West Bengal that played a key role in the BJP's massive victory in the Lok Sabha elections.

It was also not immediately clear whether the ceremony will be attended by some world leaders.

Modi has been elected unanimously as leader of the BJP-led National Democratic Alliance after which he called on President Kovind on Saturday (May 25) in his capacity as leader of the BJP Parliamentary Party which has majority support in the Lok Sabha following the general election.