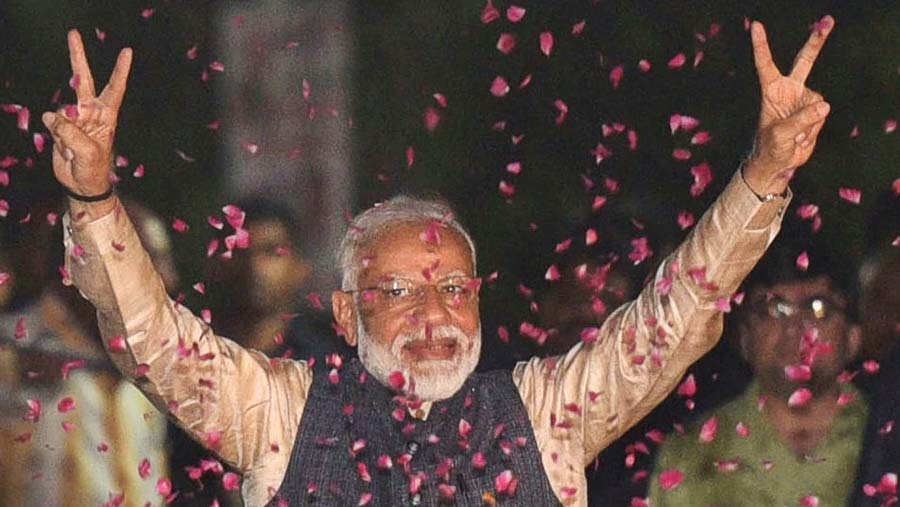 Indian Prime Minister Narendra Modi was meeting party allies and members of his cabinet Friday (May 24) to plot a course for his second term after a landslide victory left the once-mighty Gandhi dynasty licking its wounds.

A considerable to-do list includes addressing India’s lacklustre economic growth and reducing unemployment, as well as fixing a stricken agriculture sector on which 70 percent of households depend.

Modi’s Bharatiya Janata Party (BJP) was projected to sweep 303 seats in parliament, giving it an even bigger majority than five years ago and defying predictions of a dip.

The main opposition Congress party, which has ruled the roost in India for much of its post-independence history, improved on its historic low five years ago of 44 seats but still only managed a paltry 52.

Congress chief Rahul Gandhi even lost his own seat in Amethi, long a family bastion. He did win a seat in the southern state of Kerala, however, a quirk allowed under Indian election rules.

On Thursday there were delirious scenes at BJP party offices across the nation of 1.3 billion people, including its headquarters where Modi was showered with petals by chanting fans.

“The voting numbers in India’s election is the biggest event in the history of (the) democratic world. The entire world has to recognise the democratic strength of India,” Modi told cheering crowds.

“Modi will make India great again. Modi is the strongest prime minister India has ever had and will get. We need to support his policies to prosper,” said one supporter.

Modi, 68, conferred with party allies on Friday ahead of a cabinet meeting later in the day, after which the president was due formally to dissolve the outgoing parliament.