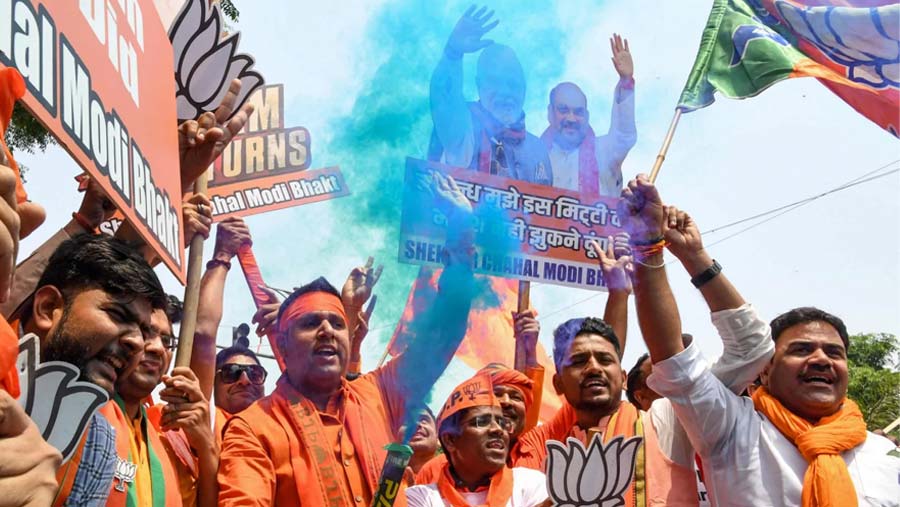 Narendra Modi looked set to sweep back into power on Thursday (May 23) as initial results in the Indian election showed that his party and its partners were cruising towards a majority.

After a mammoth six-week election in which 600 million people voted, all the results were being tallied on Thursday and within hours the TV networks had predicted a win for Mr Modi's Bharatiya Janata Party (BJP).

The BJP and its partners form the National Democratic Alliance, and initial counting showed they were on course for more than 300 seats, far above the 272 required for a majority in the Lok Sabha – India's lower house of parliament.

While these are provisional figures and the eventual seat allocation may alter, the overall trend was based on data from the official counts.

The BJP alone was set to secure more than 280 seats, according to several networks including NDTV, News18 and Republic TV, only the second outright majority by a party in 30 years – the last being in 2014, when Mr Modi came to power.

The result reinforces Mr Modi's immense popularity and vindicated what at times was a belligerent campaign by several parties, with the focus heavily on the economy, national security, and from the BJP's perspective, an affirmation of its underlying ideology of Hindu nationalism.

The main opposition Congress party was heading for a better performance than its nadir in 2014, but early results suggested it would get at least 50 seats. With its partners it makes up the United Progressive Alliance, which was predicted to hit the 110 mark.

Confirmed results will come in via the Indian Election Commission throughout the day, but the overall trend was unlikely to change.