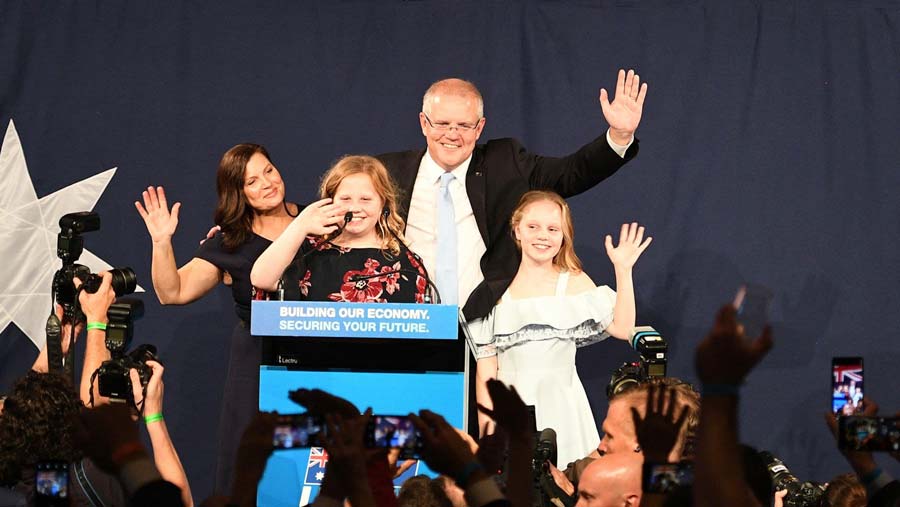 Australian Prime Minister Scott Morrison has secured a majority government, capping off a shock result in Saturday's election. With 77.5% of votes counted, the Liberal-National coalition has now reached the 76 seats needed to control the lower house.

The result has defied long-term polls that had predicted a Labor Party win for the first time in six years.

Labor leader Bill Shorten has said he is standing down. He told members on Saturday night: "We've argued for the future and our time will come. Count upon that."

There are still four seats yet to be declared.

The Liberal Party is leading in two of those seats - Bass in Tasmania and Macquarie in New South Wales - while Labor has a narrow lead in Cowan, West Australia, and in Lilley in Brisbane.

The result represents a comfortable increase from the coalition's standing prior to the election, where it had fallen into minority government, relying on the support of independents.

On Tuesday, the seat of Chisholm in Victoria was declared for Liberal candidate Gladys Liu, taking the government over the 76-seat threshold.

Ms Liu is the first Chinese-Australian ever to be elected to the lower house.