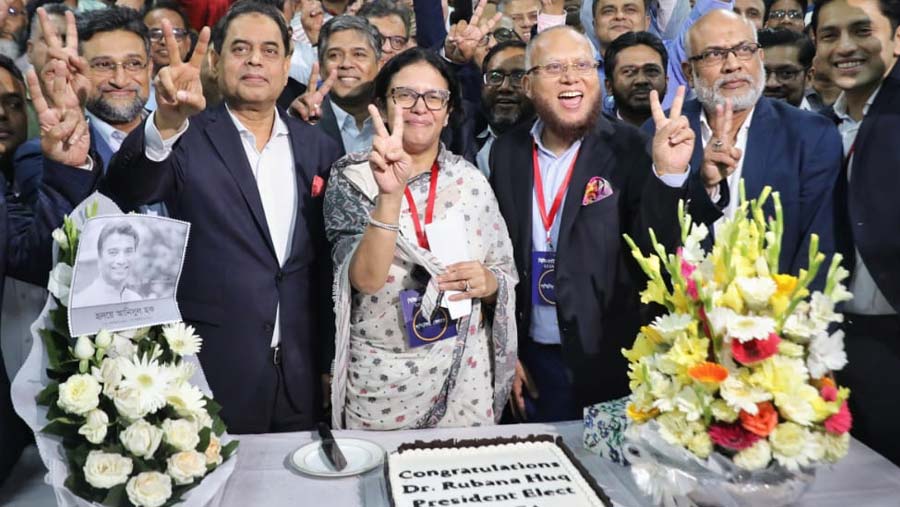 Rubana Huq led Sammilito Forum panel has won the biennial election to the Bangladesh Garment Manufacturers and Exporters Association (BGMEA) for 2019-21 in all posts. In the election, which took place on Saturday (Apr 6), Sammilito Forum panel secured landslide victory by securing 35 directorships. The voting began at 8 a.m. and ended at 4 p.m., local media reported.

The 35 directors – 26 from Dhaka and nine from Chattogram - will now elect the president and seven vice-presidents in line with the rules.

Since Rubana is leading the Sammilito Forum panel, she is likely to become the BGMEA president for next two years. Rubana, the wife of late Dhaka North mayor and former BGMEA president Annisul Huq, will be the first woman to hold the position in the trade body's history.