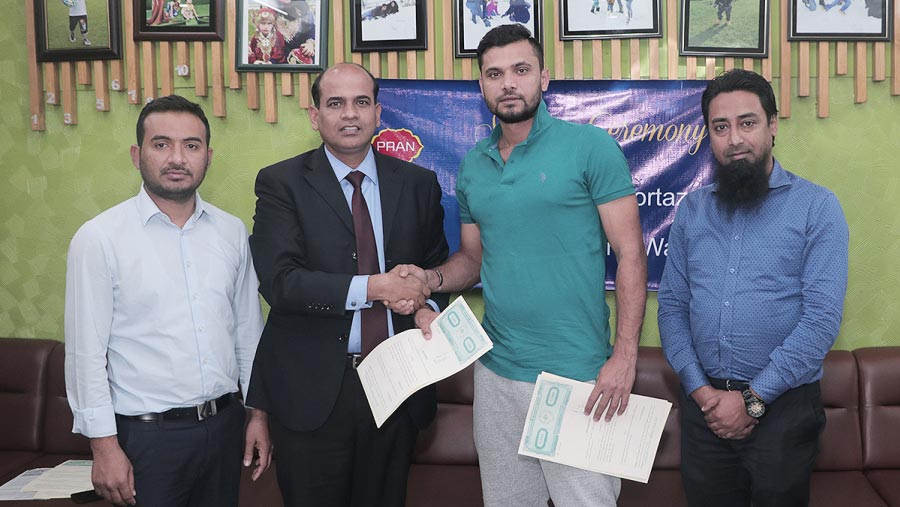 Anisur Rahman said, “Mashrafe is very popular among the common people especially young generation. We are proud of having Mashrafe in our side as brand ambassador.”