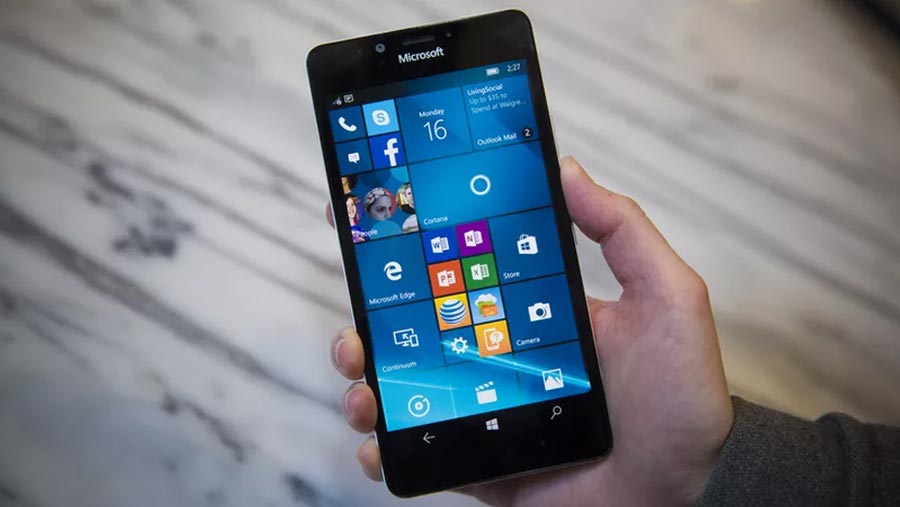 Microsoft has finally admitted there is no recovery from its ignominious retreat from the smartphone sector, after it advised Windows 10 Mobile diehards to switch to either Android or iOS handsets.

Microsoft earlier this month reminded owners of devices powered by Windows 10 Mobile that support will end Dec 10, although some services may remain active for months after that expiration date.

The end-of-support was not completely unexpected.

Previously, Microsoft had said it would support each version of Windows 10 Mobile - initially Mobile was upgraded every six months, just like the desktop OS - for "a minimum of 24 months."

Just before Windows 10 Mobile 1709 launched, Microsoft's Joe Belfiore, then the company's top phone executive, acknowledged the obvious: "...building new features/hw ((hardware)) aren't the focus," he said of the OS and the decision to withdraw from hardware design and sales.

In the revised support document, Microsoft urged anyone still carrying a Windows 10 Mobile device to dump it for something that runs Google's Android or Apple's iOS.

"We recommend that customers move to a supported Android or iOS device," the firm said.

It's not an everyday occurrence for Microsoft to exhort customers to switch to software not created by its own engineers.

But even though security and non-security updates will cease as of Dec 10, some services tied to Windows 10 Mobile and the its devices will remain active after that date.

"Automatic or manual creation of new device backups for settings and some applications will continue for 3 months, ending Mar 10, 2020," Microsoft said.

Other actions, including uploading photos to online storage and restoring a device from existing backup "may continue to work for up to another 12 months from end of support," or until late 2020 ((emphasis added)).

One sign of Microsoft's seriousness in ending support was its acknowledgement that commercial customers - who are often shielded from Microsoft's most painful changes - will be cut off at the same time as consumers.

The finality of support was anticlimactic after the earlier drama of Microsoft's foray into smartphones and its quick - in corporate terms - retreat.