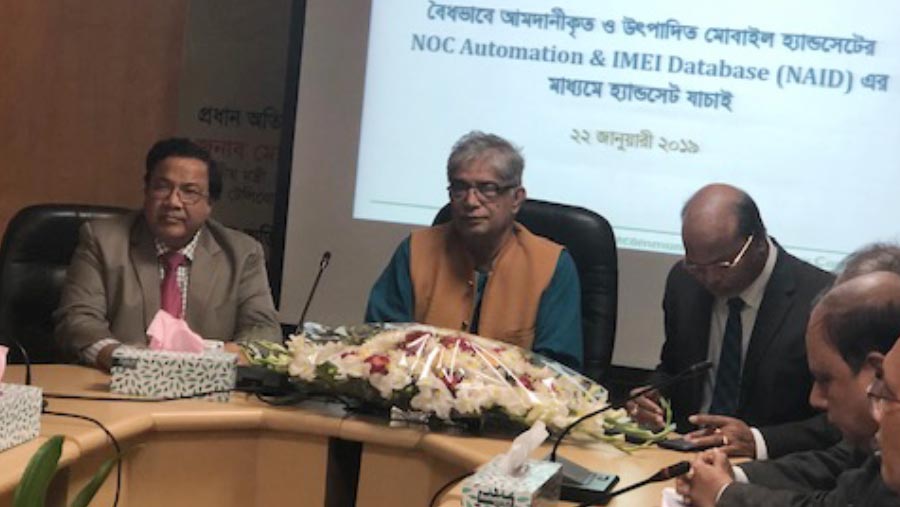 The database has been launched with the financial help of Bangladesh Mobile Phone Importers Association (BMPIA).

“It will prevent invasion of illegal phones to the local market and eventually will increase the revenue collection in a large amount as well as prevent stealing of mobile phones in the country,” the Minister said.

From now on, customers intending to purchase a device can get the 15-digit IMEI number by dialling *#06# from the handset.

The legality of the handset can be checked by sending an SMS with the IMEI to 16002 and through a return SMS cell phone users will be able to know whether their sets have been imported through a legal channel.

The telecom regulator has already built a database of International Mobile Equipment Identity (IMEI) number of mobile sets which have been legally imported since January 2018.

Users will be able to lock their stolen phones if their IMEI numbers are included in the databank.

Acting secretary of Posts, Telecommunications and Information Technology Ministry Ashok Kumar Biswash, BTRC Chairman Jahurul Haque, BMPIA president Ruhul Alam Mahbub and other top officials of the ministry, among others, were present at the launching ceremony.