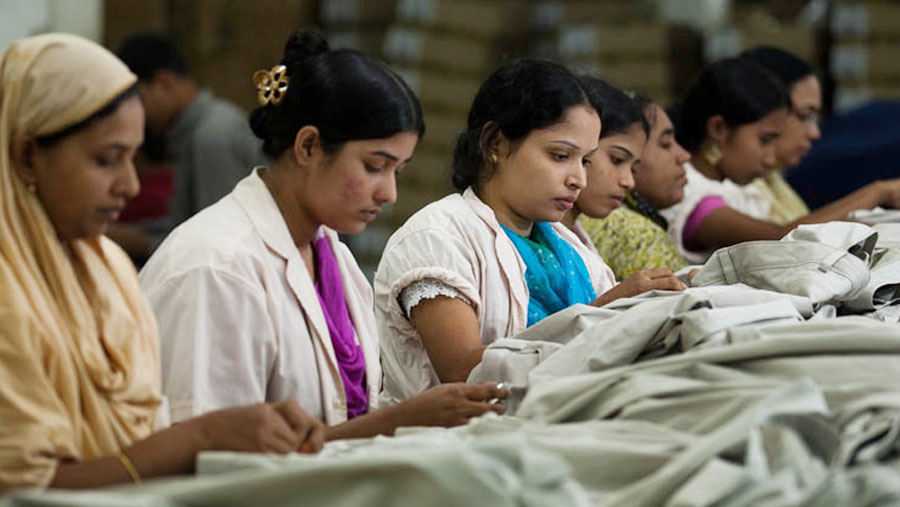 After eight days of labour unrest, the government on Sunday (Jan 13) announced a revised pay structure for the garment sector, with a slight increase in both basic and gross wages in six of the seven grades. The gross hike is effective from December, 2018 and to be adjusted from February. In the new pay scale, which comes after years, the annual increment has been fixed at 5 percent. Workers, protesting since Jan 6, had been demanding pay raise in three grades in particular -- grade 3, 4 and 5. Sunday's decision came following directives from Prime Minister Sheikh Hasina after an eventful day, local media reported.

From now on, a worker in the top grade will get Tk 18,257 a month, up from Tk 17,510 set in the previous wage structure of 2018, said Commerce Minister Tipu Munshi, after a tripartite meeting in Dhaka on Sunday (Jan 13).

Garment Workers Federation President Amirul Haque Amin, who was present in the meeting, welcomed the new wage structure and urged the protesters to get back to their factories.

The minimum basic wage for the lowest slab, grade 7, was Tk 3,829 as per the wage board set in 2013. The government raised it to Tk 4,100 in 2018 following the mandatory five percent annual increase. The gross wage for this grade increased to Tk 8,000.

The gross wage for all grades includes house rent, and allowance for medical, transport and food costs.

The government formed a tripartite committee headed by Labour and Employment Secretary Afroza Khan on Jan 9 to review the wage board after days of worker unrest in Dhaka and nearby industrial hubs Savar, Ashulia, Gazipur and Narayanganj. Commerce Secretary Md Mofizul Islam, five representatives of the workers and as many of the owners are members of the committee.

The government on Nov 25 last year gazetted the new wage structure for RMG workers setting Tk 8,000 as the minimum monthly pay. It ordered the garment factories to implement the new structure from Dec 1.

Amid the process to form the new government after the Dec 30 elections, the workers started protesting against the new wage board by blocking the key Airport Road on Jan 6.

Many of the workers also allege their factories were not paying them as per the new wage structure.