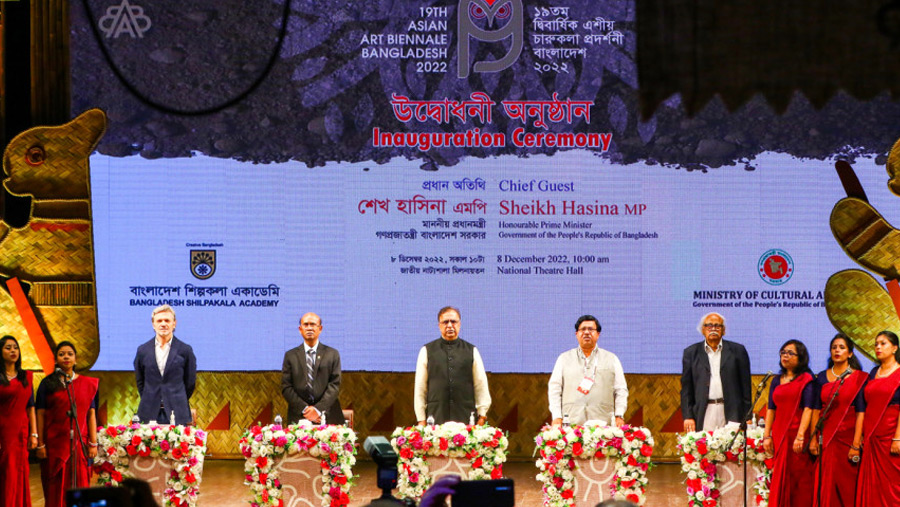 The exhibition is being held at the National Art Gallery of Bangladesh Shilpakala Academy till Jan 7.

The Bangladesh Shilpakala Academy under patronisation of Cultural Affairs Ministry organised the exhibition. A total of 649 artworks of some 493 artists from 114 countries including Bangladesh are being displayed at the exhibition.

The honorary award was conferred on six artists, while the grand award on three others on the occasion.

President of the jury board of the event artist Rafiqun Nabi announced the name of the awardees. On behalf of the premier, State Minister for Cultural Affairs KM Khalid handed over the awards to the recipients.