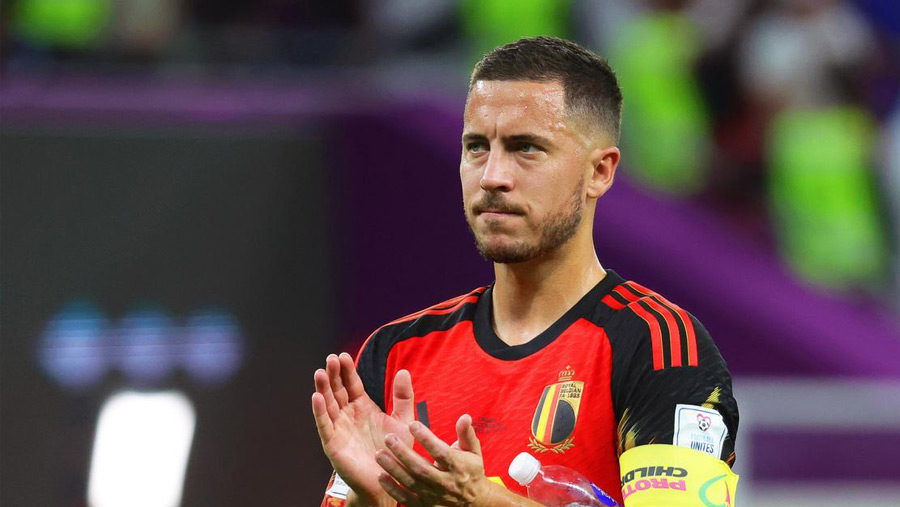 Belgium star Eden Hazard announced his retirement from international football on Wednesday (Dec 7), days after the team crashed out of the World Cup in the group stage.

The Real Madrid forward, 31, made the announcement on social media, saying "a page turns today".

"Thank you for your unparalleled support," he posted on Instagram. "Thank you for all this happiness shared since 2008. I have decided to put an end to my international career. The succession is ready. I will miss you."

Hazard was the standard-bearer of Belgium's much-vaunted "golden generation", which reached the semi-finals at the 2018 World Cup in Russia.

The ageing team failed to make it past the first round in Qatar, finishing third in Group F behind Morocco and Croatia.