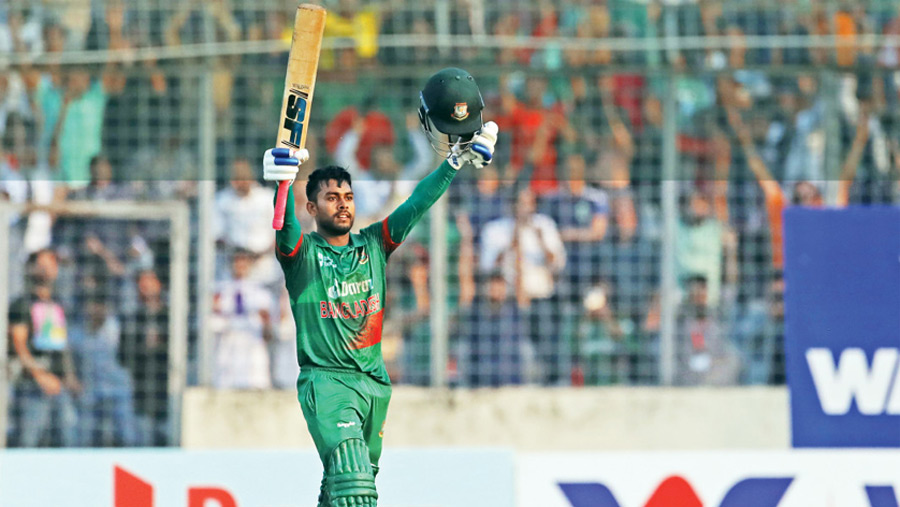 Mehidy Hasan Miraz hit his maiden ton as Bangladesh overcame a shaky start and a Rohit Sharma scare to beat India by five runs in the second ODI and sealed the three-match series in emphatic style at Sher-e-Bangla National Cricket Stadium on Wednesday (Dec 7). Mehidy struck an exact 100 off 83 to power the Tigers to a dominating 271-7 after the home side was left to a tittering 69-6. The bowlers then complemented his outstanding job with a discipline bowling to restrict India to 266-9. This is the second straight series win for the Tigers over India as they clinched the title 2-1 in 2015 During India's earlier Bangladesh visit.

Bangladesh defeated India by five runs in the second ODI to take an unassailable 2-0 lead in the three-match series at Sher-e-Bangla National Cricket Stadium on Wednesday (Dec 7).

Opting to bat, Mehidy Hasan Miraz (100 not out) slammed his maiden ODI century and forged a 148-run stand with Mahmudullah Riyadh (77) to lift the Tigers to a challenging total after being reduced to 69 for six in 19 overs.

For India, Washington Sundar (3/37) was the most successful bowler, while Mohammed Siraj (2/73) and Umran Malik (2/58) also snapped two wickets each.

Chasing, Shreyas Iyer made 82 while Axar Patel scored a run-a-ball 56 but India fell short as they were restricted to 266 for nine in 50 overs.

Skipper Rohit Sharma, who split his webbing while fielding, remained unbeaten on 51 off 28 balls.

The two sides will engage in the final match of the series in Chattogram on Dec 10.