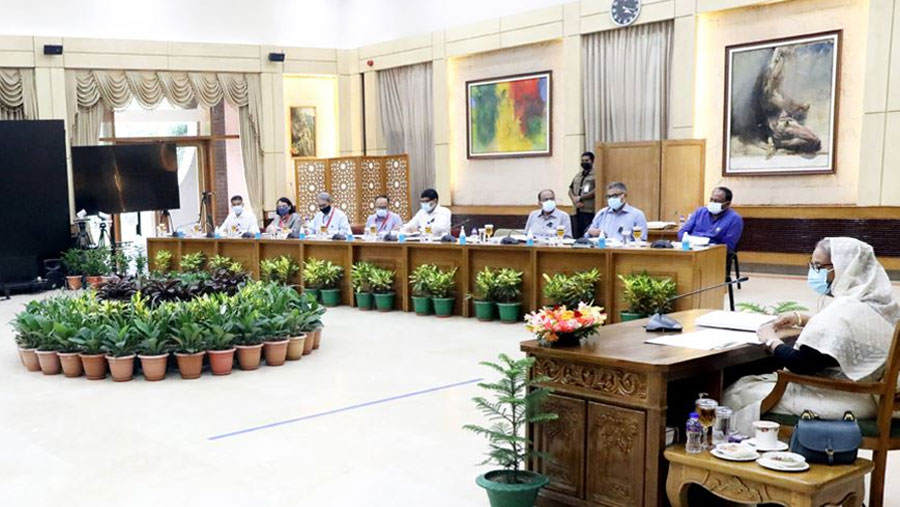 The daily wage for the tea workers has been set at Tk 170 rising it from Tk 120, while the other facilities for them will be increased proportionately. Prime Minister’s Principal Secretary Dr Ahmad Kaikaus revealed this on Saturday (Aug 27) evening emerging from a meeting with the Tea Garden Owners, saying that the Premier, on behalf of the workers, set the daily wage. The premier also requested the workers to go back to their respective works, he added.

As per the new daily wage, the other benefits of the tea workers will increase at a proportional rate, said Dr Ahmad Kaikaus.

In this regard, he said here it is necessary to explain that in the tea industry the workers are provided with various benefits, which are borne by the owners.

Annual leave allowance, festival leave with pay and sick leave will also increase proportionately, he said, adding that “all these are paid.”

The Principal Secretary said that employer's contribution to provident fund and annual festival allowance as per the attendance in work will also increase proportionally.

He said that the PM has called upon the tea workers to join the work as she heard from everyone. The PM will soon hold a video conference with the tea workers, he added.

At the outset of the meeting, the PM in her introductory speech said that Father of the Nation Bangabandhu Sheikh Mujibur Rahman took the charge as Chairman of Tea Board in 1957 and gave citizenship to these workers who don’t have any citizenship.

He also provided other facilities to the tea garden workers, she said.

Sheikh Hasina said that during her 1996-2001 regime she gave some other facilities considering the importance of the tea industry.

She also said that the Awami League government took initiatives to expand the tea garden from Sylhet and Chattogram to other places of the country including Panchagarh, Kurigram, Thakurgaon and Lalmonirhat.

“They (tea workers) work very hard and the owners earn, it is the responsibility of all to look after their wellbeing,” she added.

The premier said that due to the coronavirus pandemic all are affected, but these sections of people who work very hard, have to be taken care of properly.