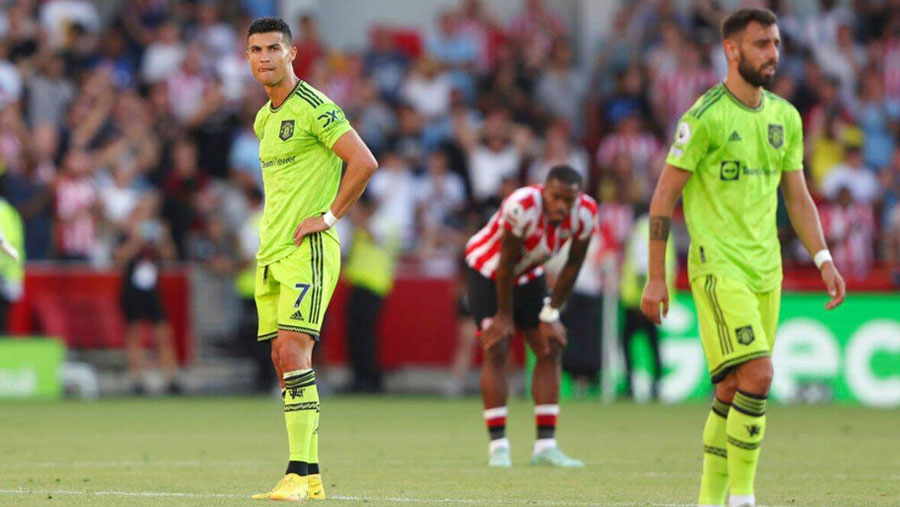 Erik ten Hag's bad start as Manchester United manager descended into an embarrassment as a 4-0 thrashing by Brentford F.C. on Saturday (Aug 13) left the Red Devils bottom of the Premier League. The former Ajax boss' reign began with Brighton's first ever win at Old Trafford last weekend, but much worse was to come as the Bees punished a series of errors to score four times in the first 35 minutes.

Brentford produced a stunning first-half performance as they scored four goals in the first 35 minutes to condemn Manchester United to a humiliating defeat at Gtech Community Stadium.

Mathias Jensen doubled the lead after dispossessing former Brentford player Christian Eriksen, with Ben Mee and Bryan Mbeumo goals putting Thomas Frank's side four up during an incredible first half in which they dismantled United in stunning fashion.

The defeat is United's seventh in a row on the road – their worst run since 1936 – while it is the seventh time they have conceded at least four goals in a league game since the start of last season.

United host Liverpool, who beat their historic rivals 5-0 and 4-0 last season, in their next game on Aug 22.