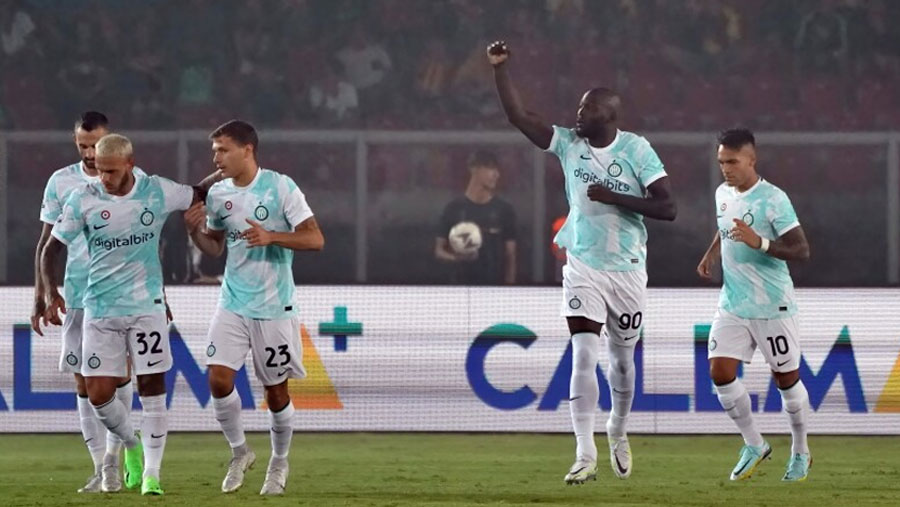 It took Romelu Lukaku just 82 seconds to mark his return to Inter Milan with a goal. But it was Denzel Dumfries who decided the game with a stoppage-time winner to see Inter snatch a 2-1 victory at newly-promoted Lecce on Saturday (Aug 13), just as the Nerazzurri appeared to be heading for a surprise draw.

Romelu Lukaku scored less than two minutes into his Serie A return to help Inter beat Lecce in dramatic fashion in the opening game of the season.

Lukaku, who re-signed for Inter on a season-long loan just a year after leaving for Chelsea, headed home from close range to open the scoring.

Lecce hit back three minutes after the restart through Assan Ceesay.

However, Denzel Dumfries sealed all three points with a last-gasp effort from close range following a corner.

Inter are aiming to reclaim the Scudetto, having relinquished their crown to rivals AC Milan last season.