City cruise to victory over Bournemouth 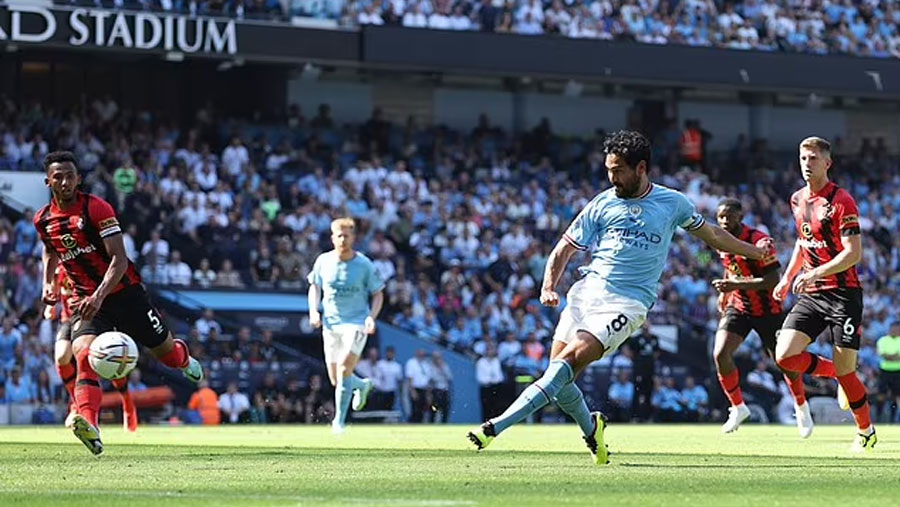 Manchester City sent out an ominous warning to the rest of the Premier League after brushing aside Bournemouth 4-0 on Saturday (Aug 13).

Kevin De Bruyne pulled the strings for Manchester City in the Premier League on Saturday (Aug 13) as he guided the champions to a 4-0 victory over Bournemouth.

The Belgium international bagged one goal and assisted another as Pep Guardiola’s hosts delivered an imperiously composed performance at the Etihad Stadium in their first home match of the season.

Phil Foden matched the playmaker’s involvement with a double goal contribution of his own, while Ilkay Gundogan also got in on the act against an outclassed Cherries side, who helped City out with an own goal to complete the scoring.

Scott Parker’s men got their first season back in the top flight off to a winning start against Aston Villa last weekend, but this represented a significant step up.

A relentless start from City forced goalkeeper Mark Travers into a clutch of close-range stops, but Gundogan broke through when he played a superb one-two with Erling Haaland to cut into the box and fire a low finish home.

De Bruyne doubled the home side’s lead just after the half-hour mark, taking on the Bournemouth defence before shaping a fine effort off the outside of his boot into the far corner.

And two soon became three as Foden’s shot evaded Travers following some neat work down the left from De Bruyne.