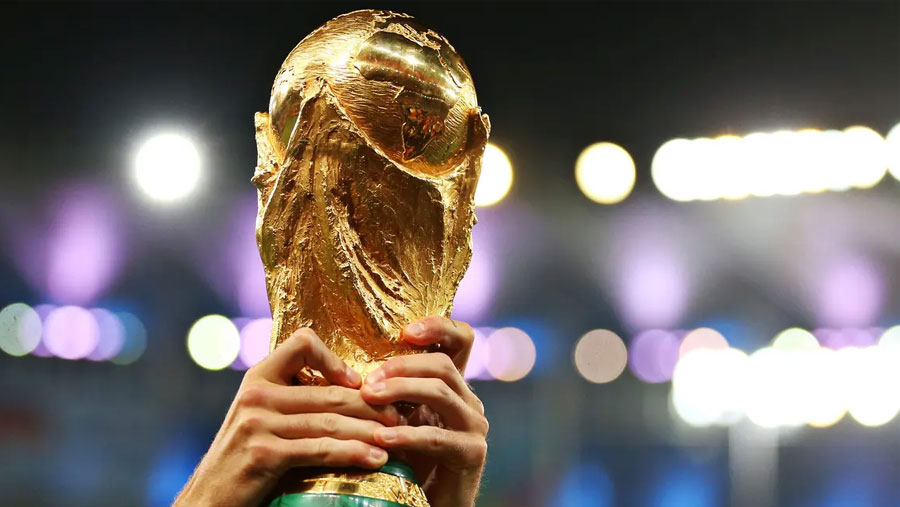 Argentina, Chile, Uruguay and Paraguay submitted a joint bid on Tuesday (Aug 3) to host the 2030 World Cup, an effort that if successful would bring the global tournament back to Uruguay a century after it hosted the first World Cup in 1930.

Argentina, Chile, Uruguay and Paraguay have submitted a joint bid to host the 2030 World Cup.

Uruguay hosted the competition's first ever tournament in 1930 and say they want to bring the World Cup "home" when it celebrates its centenary.

"This is the dream of a continent," said Alejandro Dominguez, president of the South American Football Confederation (Conmebol).

Spain and Portugal have also announced a bid to be joint hosts.

Uruguay beat Argentina in the final to win the inaugural World Cup in 1930 and Dominguez was speaking at the scene of that win - Montevideo's Centenario Stadium.

"There will be more World Cups, but the cup only turns 100 one time, and it needs to come home," added Dominguez.

Chile hosted the World Cup in 1962, while the tournament was held in Argentina in 1978.

"It's right for the World Cup to be hosted where it all began, 100 years later," said Ignacio Alonso, president of the Uruguayan Football Association.

The 2022 World Cup will be held in Qatar while Canada, Mexico and the USA will be joint hosts in 2026.

The UK and Republic of Ireland football associations agreed in February not to bid for the 2030 World Cup and instead focus on a joint attempt to host Euro 2028.